PRC lady Amber Xia alleged in a facebook post that a man flashed lights into her baby's face, stepped onto her baby's head and was aggressively loud towards them. Netizens made her post go viral and were up in arms such a moron could exist. However, eyewitness who saw the viral video stepped up to defend the man and disputed Amber Xia's version of events.

They claimed that Amber Xia conveniently left out many details and that she was the one screaming at the man and scaring their own kids. Who is right or wrong? You decided.

"Cannot believe such disgusting person can exist in Singapore. Today, my friend, a mum of 3 year old girl, and I was watching the fireworks with our kids in Singapore University Studio. A man (with picture below) suddenly crossed the head of my friend’s 3 year old daughter from our back. His shoe skimmed through the little girl and almost stepped on her head. However, He did not even look back and just walked away.

My friend’s kid was scared and asked her mum: why that uncle hit my head? Until now we were thinking maybe that man did not see the kid. Moreover, two kids had a great day and we did not want to make bad things big. In addition, that man walked away from seat as well. So even though we were very angry but I gently asked the girl (probably his girlfriend or wife) sitting beside him that please ask him to be mindful of young child while walking. The girl was polite and said sorry to us. We thought it was the end and continued to enjoy the firework.

However, to our surprise, that man returned to his seat. Not sure what his girlfriend or wife told him. He did not apologize to us BUT started shouting to us that it was not his fault stepping on kid because we blocked his way so we should apologize to him. He also used his mobile phone camera to flash us. Any parent knows that mobile flash is very harmful to young child’s eyes.I was so shocked and stopped him from flashing my kid.

What kind of scum will shout to 2 mum and two 3 year old kids after stepping on kid head even if he did not do it intentionally?! My friend and I stopped arguing with him as our kids were so scared by him and hold us tightly. We also feared that he may hit us.

I cannot believe I come across such person in Singapore and not sure how to deal with such kind of person in singapore. But I truly believe an old saying: good is rewarded and evil is punished." 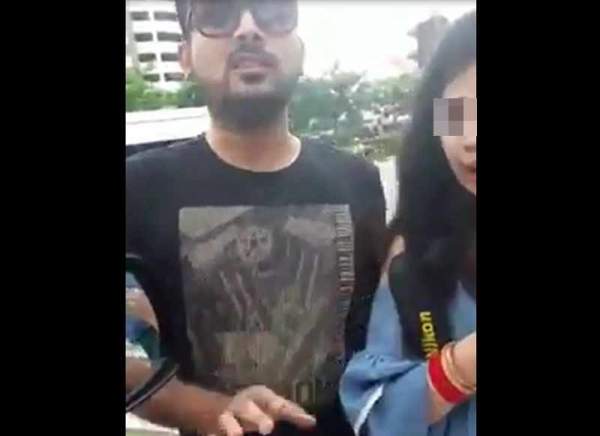