A hawker at the Pek Kio Market and Food Centre was cheated of $500 in cash by a man who had posed as a Shin Min Daily News food reporter, who had allegedly sold the hawker advertising packages to ensure the stall gets featured in the newspaper.

The hawker, identified as Mrs Chen, and Shin Min Daily News have subsequently made police reports against the man. The incident happened to the Pek Kio Seafood Delights stall last Monday, when a man with curly hair and a black top visited her stall last Monday. He claimed to be a food reporter from the paper, and wanted to sell her advertising packages. he claimed that he was famous and that he often appeared on food shows. However, when pressed for identification he changed the subject, and quickly said that he had interviewed 170 other seafood white beehoon stalls in Singapore and that her stall had been selected from the list. He also told her to prepare three dishes for the next day and said he would return with two other reporters for the interview. However, he came back alone the following day with a luggage bag and backpack, said Mrs Chen, and started promoting culinary certificates and publicity in newspapers, magazines and online.

He wanted to sell the culinary certificate for $2,900 at first, but the hawker said it was too expensive, so they settled on $500. The man said that means the certificate will only be valid for 3 months. The man was uncontactable the moment the $500 was paid. Police have confirmed receiving the report against the conman, and investigations are currently ongoing. 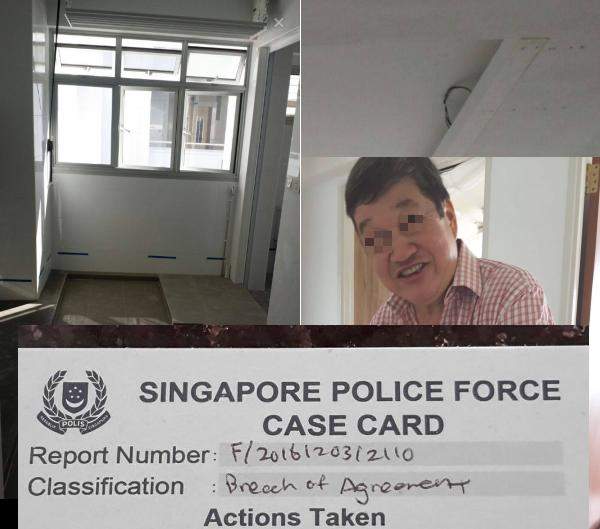 BEWARE OF JOHN YONG FRM BZ INTERIOR, MIA AFTER PAYMENT FOR RENO IS MADE – POLICE REPORT MADE