WILL NHB’S DECISION TO NOT FOLLOW STANDARD PROCEDURE COME BACK TO HAUNT THEM?

Earlier last year, we commented on the case of Lee Wei Ling and Lee Hsien Yang vs Attorney-General that due to their specialist knowledge and unique mandates, the National Archives of Singapore, its fellow SARBICA member associations, or even the International Council of Archives should have submitted an amicae curiae brief to the court if they were not approached by either side to testify.We argued that a community of archival experts could have provided their perspective on how archival institutions are mandated, given authority and institutional independence, and governed via a clear set of legal frameworks and strict operational and ethical guidelines to handle "secrets", "copyright", and "ownership".At that time, we were confident that had the NAS or its fellow international archival bodies raised their voices on archival procedure and copyright, the case could've been settled differently, and we were perplexed on their no-show. That is, until today.House on the HillThe recent spate of claims and counter-claims made over social media by Lee Wei Ling, Lee Hsien Yang, Lee Hsien Loong, and members of the Singapore cabinet over the house on Oxley Hill has not gone unnoticed by us. We have remained silent till now.We note with great interest the following claims by Mr Lee Hsien Yang:Are the Heritage Board and National Archives fatally compromised?From these posts, it is possible to infer that due to their knowledge of the acceptance of what was deemed a questionable and possibly illegal loan, Lee Hsien Yang and Lee Wei Ling didn't trust the National Heritage Board or the National Archives of Singapore to be a credible or impartial friend of the court, or a cooperative expert witness on the stand, to testify truthfully about archives governance, procedure, and legality of the transcripts. We further note that neither institution would not have offered to testify for anyone, given its direct actions in the case.(We note as an aside that since the 2012 reorganisation of the Ministry of Information, Culture and the Arts, the National Archives has been divorced from the National Heritage Board and is administered under the National Library Board. Apparently, NHB followed the "no wrong door" policy when it administered parts of Mdm Ho Ching's donation in 2015. But the question is: which state organ is responsible and accountable now?)(Addendum, added 24 June: We further note from Ho Ching's clarification that the total donation, which included artefacts as well as documents, were loaned to NHB for the purpose of an exhibition. It is reasonable from the legal action taken against the Attorney-General to infer that some of what was donated may have ended up with the NAS, and some of what was loaned to NHB and NAS went beyond the purview of the exhibition.)Given NHB's verification and clarification of Mr Lee Hsien Yang's account, it appears that NHB accepted Ho Ching's offering of Lee Kuan Yew's documents, even thougha. it was carried through a proxy of Ho Ching;b. with Ho Ching herself purportedly acting on behalf of the Prime Minister's office;c. on a date where it is obvious that neither proxy, donor, or the Prime Minister are not the executors of the estate nor acting for it,d. and on top of all that, made at least 4 clerical errors in the record of the loan.This decision was taken by the NHB despite standard procedural and ethical guidelines governing archival and heritage institutions to only accept holdings from direct donors (i.e. who are alive at the time of donation), or from the executors of their estates (i.e. if the donor is deceased at the time of donation); and to reject holdings whose legal status is unclear (in this case, whether the PMO or the estate had the rights to Mr Lee's documents, whether it could accept from Ho Ching without first informing and verifying with PMO and the estate)

Clerical errors aside, both the National Archives of Singapore and the National Heritage Board will be haunted by the monumental lapse in judgement on the part of the NHB. Who will trust their personal legacy, much less our national heritage and legacy, to be preserved by a state organ that may have betrayed its own values?
Share 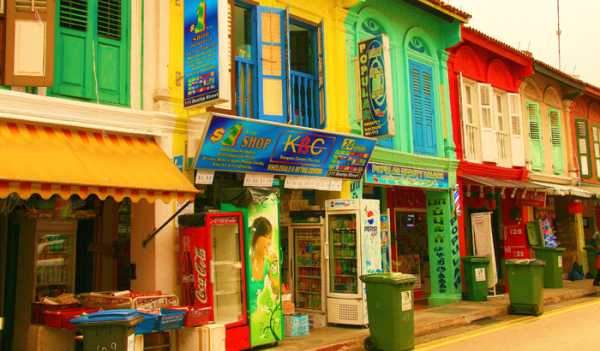