As if the private car hire market is already not small enough, there is now another company joining the likes of Uber and Grab in eating up the traditional taxi market share. SixTNC, whose chief executive is Indonesian businessman Radius Wibowo, was launched at a ceremony at the Mandarin Orchard Singapore on Sunday.

However, the company has made a bold claim that their drivers can earn an annual six-figure income by driving just eight hours a day. This can be achieved via a referral scheme, where driver who recommends another person to join the scheme will take a 5 per cent cut of the latter’s earnings. Drivers will have to pay 20 per cent of their earnings to SixTNC. Based on that, an annual income of $100,000 is possible, if a driver ropes in 30 others, assuming all of them earn $150 a day.

The company also said that commuters will also earn 5 per cent cut if they recommend a driver. The claims seem a bit fanciful, as in the first place, will there be enough commuters to support such a service, with Uber, Grab and normal taxis plying the roads. Furthermore, taxi drivers do not earn a fixed income and it would be difficult for drivers to consistently hit $150 a day. So, before you think of earning a six figure sum annually just by driving a private hire car, then do your calculations first. The figure might just be a dangle to attract drivers to the company. 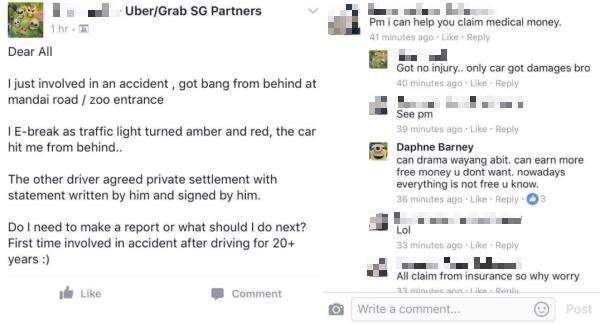