WAS ST WAITING FOR ORDERS FROM UPSTAIRS BEFORE PUBLISHING LEE FAMILY SAGA?

What took the Straits Times so long to report the breaking news that is the saga of the Lee Family? The first statements from the Dr Lee Wei Ling and Lee Hsien Yang both came out on their Facebook pages at about 2:12am this morning. 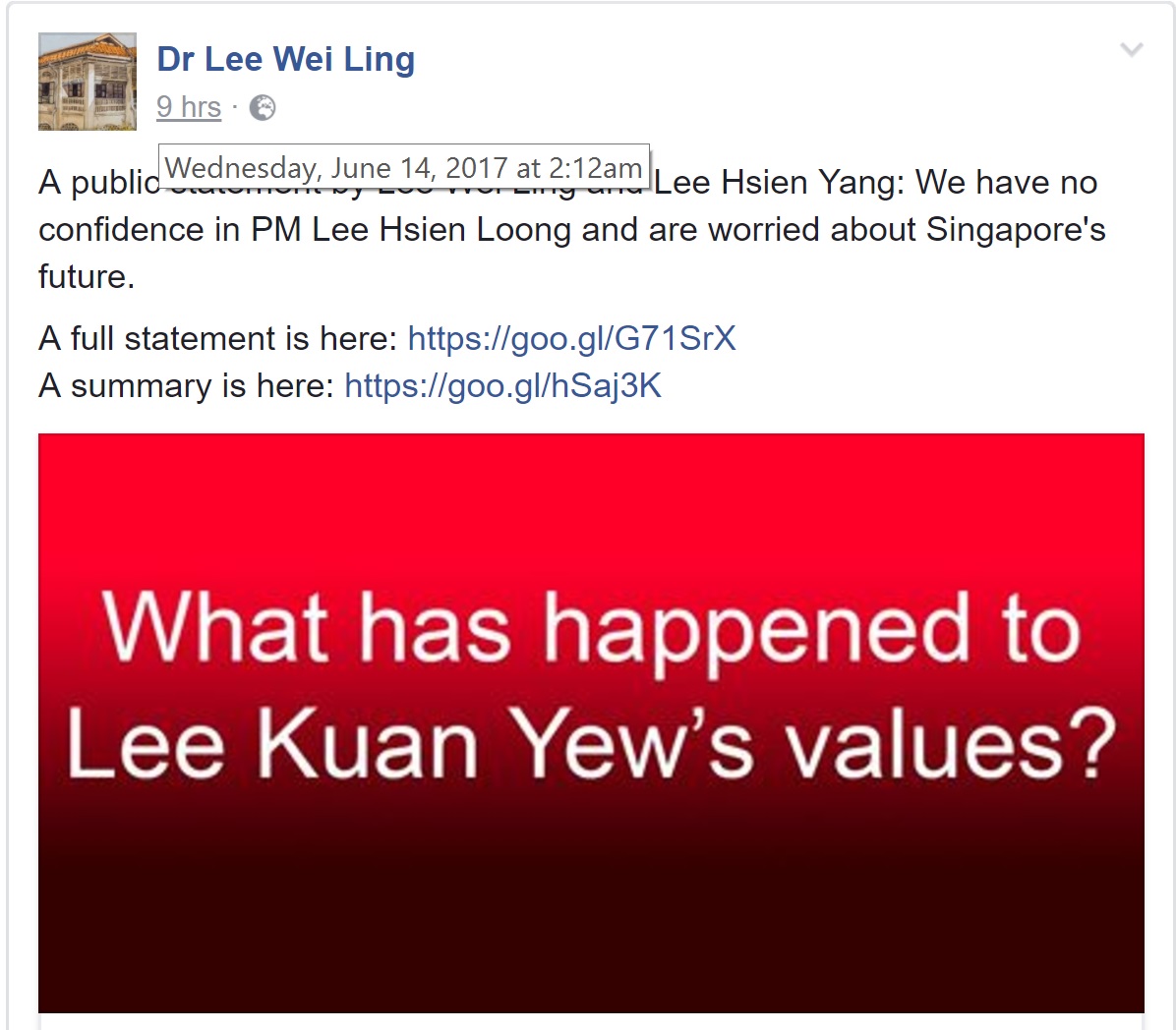 In a possibly coordinated move, Lee Hsien Yang's eldest son, Li Shengwu, posted on his Facebook page his father's statement at 2:19am. 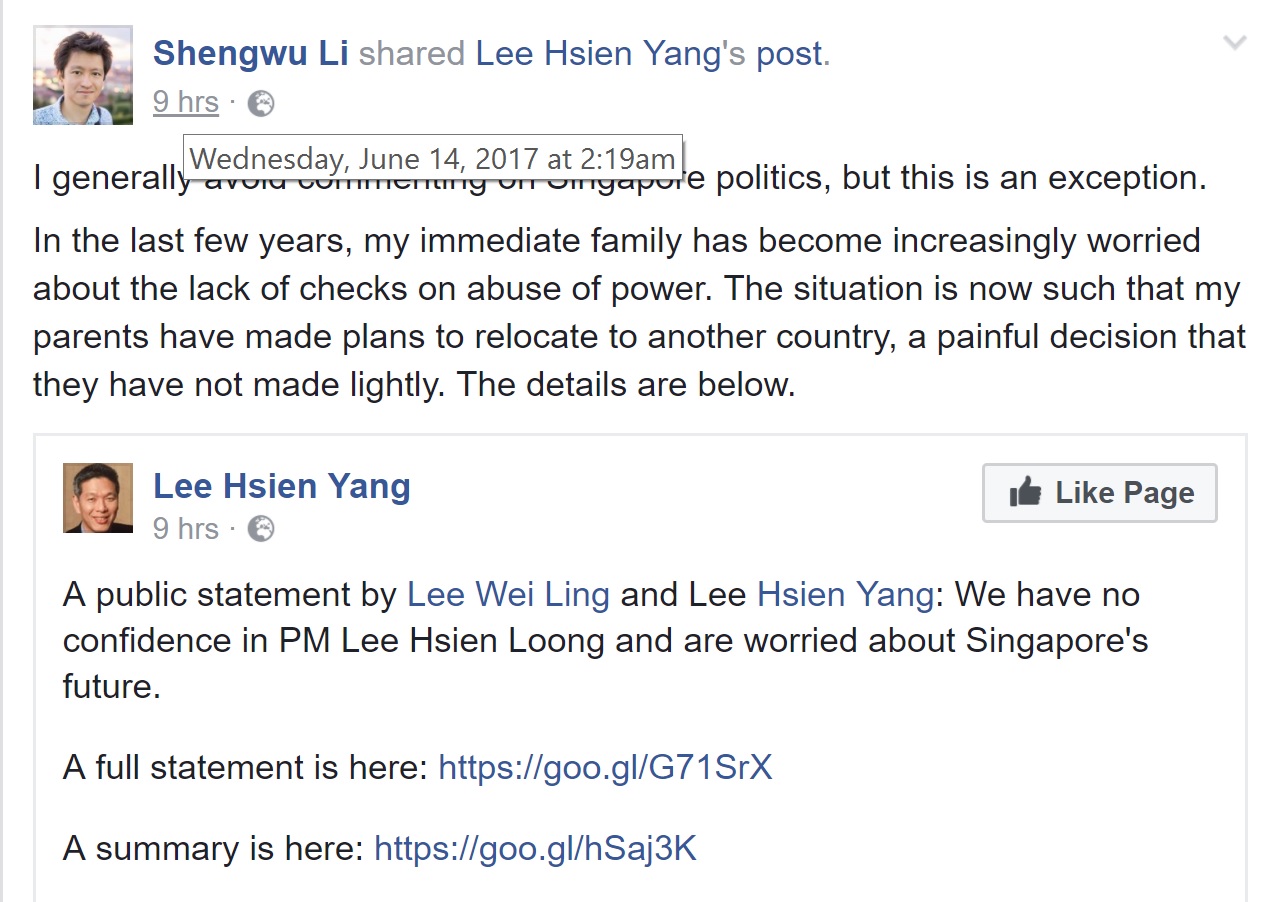 Surely more than enough time for the MSM to react to this news? It is but the biggest news event in Singapore this morning! The Straits Times first reported this at 8:45am. 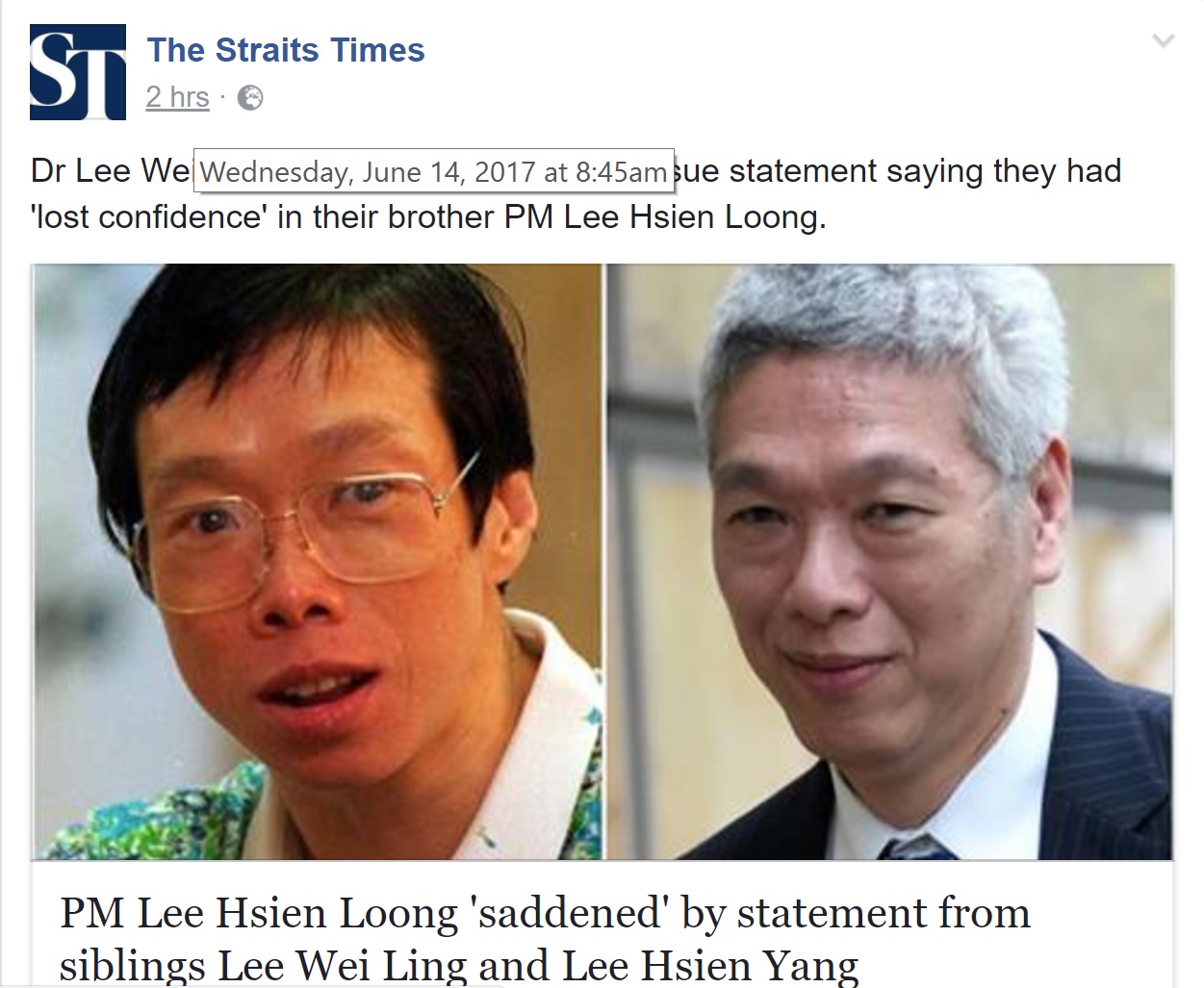 Did the reporters sleep on their jobs? To make it even worse, their headline was how PM Lee was saddened by his siblings' statements. Headline was not about statement itself. Why like that? Was the MSM waiting for the orders from upstairs to run their story? And was it also orders from upstairs to make the story about PM Lee being sad, and not about the actual story itself? And to put things in perspective, the alternative media like this one, All Singapore Stuff, posted the news of the release of statement at 6:42am. 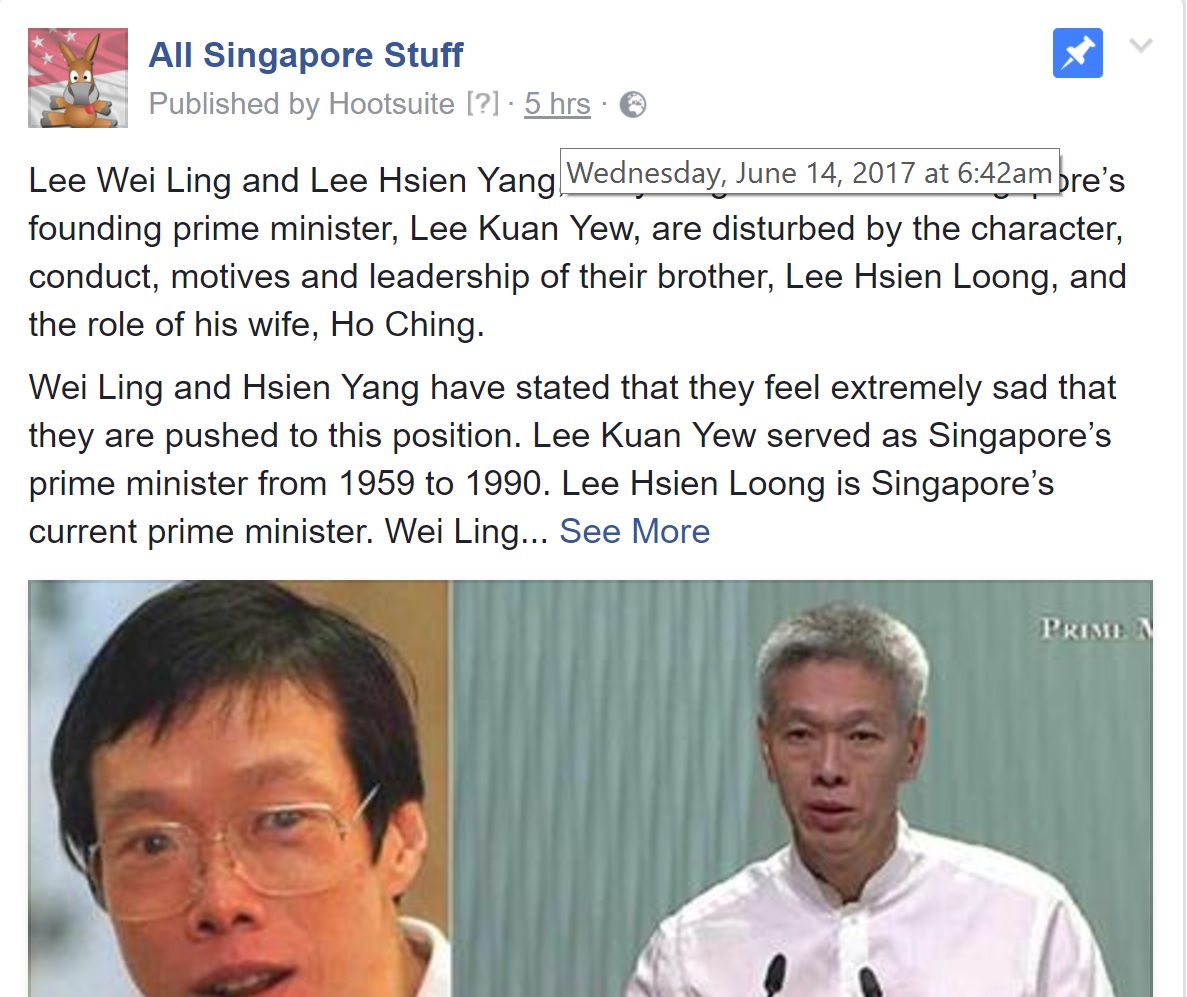 Who is the fake news now?