Looks like another of the three new rental bike companies is losing patience with the users. ofo have announced that they will roll out 500 new bikes that have features like smart locks, and they will also upgrade their mobile app that lets their users find the nearest bikes easily.

This can be clearly seen as efforts that the rental bike company are taking steps to address the misuse of their bikes, with the recent number of videos and photos showing the abuse done on the rental bikes. Since the rental bikes were launched, pictures and videos have emerged of the shared bicycles chained up outside Housing Board flats, and thrown into drains.

The smart lock on the bikes will now use QR codes, where users can just scan to unlock, instead of using the number locks currently. A mobile app upgrade will also be rolled out, to allow their users to locate nearby bikes. The two other bike rental companies, MoBike and oBike had already rolled out such features to combat the abuse of their bikes.

All these needs to be done, as the users of the bikes are abusing the system like some juveniles enjoying a final hurrah before reaching responsibility age. Puts a shame to Singapore that we are now a society full of irresponsible adults too. 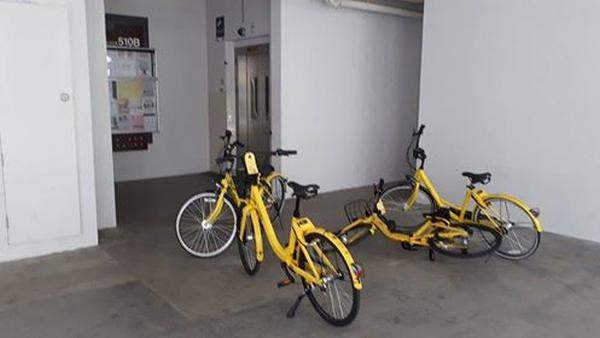