We send our girl to this school in Jan 2017, the first week of school, teacher called me telling me that my girl bruised her cheeks when she banged into somebody in sch, she didnt emphasize how bad the bruise was, so I thought how bad would it be especially when she is just in pre-nursery, the kids she would be playing with would be same age as her, My husband picked her up and was shocked so he send me a picture of it, it looks so serious as though somebody punched her!!!

I asked the teacher why didnt she mention that it was that bad ? She replied me “it was our fault actually but we have to inform the parents first, otherwise when the parents bring their kids back home and finds out about the bruise, it wouldn’t be our responsibility any more since they have already left the school.” WHAT THE…HELL.. IS THIS?! I decided to ask to watch the cctv footage of this accident as I have my doubts that a simple accident can cause her to bruise so badly!!! The next day when I asked about it, the principal Charmaine said that it’s in the pipeline. In the midst of installing.

Last month, the school have chicken pox cases that was spreading rapidly among the students, as a mother with an infant at home i do have my concerns in case my girl contracts the virus and spread it to my infant who have yet to be immunised, so I asked the teacher what further preventive measures will be taken? The teacher was not aware of any new instructions so she say she will ask the principal, coming back to me, she said “we will sanitize the hand and check the temperature.” I couldnt believe that they cant come up with a better solution as this have been a daily routine and its not working at all?!?! I didnt want to ask more as her answers are just to brush me off.

Today, while bathing for my girl after school we found a big bump on her forehead(she have bangs so we didnt notice it when we pick her up). I asked my girl how did she get this bump… bang at school and she began crying very badly!!!Immediately we call the school, as expected they say that the accident did not happen in school as she have already left the school and we did not immediately spot the bump when we pick her up!!! if it did happen at home how would I NOT KNOW?!?!?! A bump of this size???? She would have definitely wail her lungs out!! Would a kid even tell a lie like this? Just 5 months in this school, my girl got hurt 2 times with no evidence that its just an accident!!

NO SENSIBLE EXPLAINATION , NO SINCERE APOLOGY.

Despite saying that it is in the pipeline months ago, NO CCTV HAVE BEEN INSTALLED!!! 5 months not enough time for the school to install?? This school is unreliable and irresponsible, that I can no longer trust their service and have doubts about the origin of the “accidents”, we have filed a police report against the school and currently under investigation. 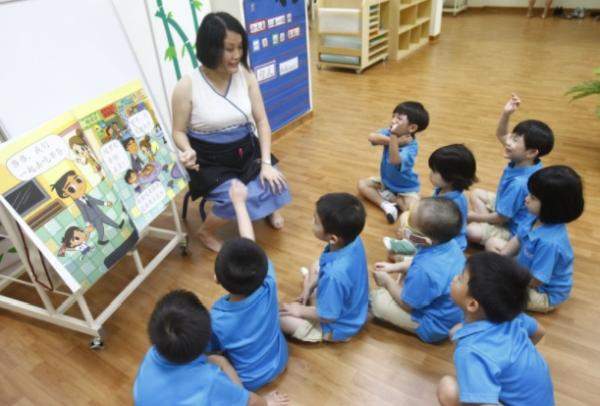 GIVE MORE FINANCIAL ASSISTANCE TO FAMILIES, KINDERGARTEN FEES ARE SKYROCKETING!