I cannot believe what the hell just happened on my GrabShare ride. Utterly ridiculous. Guys please beware for this Grab driver Chong Kok Yong driving a Toyota SJx7xxxY. I was heading from Choa Chu Kang to Jurong West Street 52 with another passenger heading towards Boon Lay Way.

According the the Grab app and some common sense, the driver should be dropping me off before taking a straight road down to the other passenger’s destination. A 15 minutes ride for me became a 35 minutes ride all because of this driver’s incompetence. He decided that he will alight the other passenger first, which was fine with me. Following that, he made a huge turn inside the industrial area because he does not know the way out. He dashed a red light, didn’t put signals and we were surrounded by lorrys and trucks twice the size of his car. He could have simply made a U-turn and get on the right path again.

After we exited the industrial area, the driver should have just went straight down Boon Lay Way to my destination, but no he deicide to make small turns in between HDB blocks instead of listening to my directions. He insisted that he knew what he was doing, but he made so many wrong turns. At this point I was just like okay whatever just get me to my destination. We entered street 52 and I told him to make a right turn in mandarin at the end of the street to get to my block. GUESS FUCKING WHAT? This driver does not know left and right in Chinese, he wanted to make a left turn when there is only a right turn. And he have the fucking audacity to argue with me and said that I gave him the wrong direction.

OKAY FINE I was damn pissed off and I just let it go. Why argue with a person who doesn’t even know his left and right. So we entered the carpark after he made an illegal U-turn, and I told him to make a left turn in ENGLISH since he doesn’t understand Chinese. HE WANTED TO MAKE A FUCKING RIGHT TURN WHEN THERE IS ONLY TWO WAYS, A LEFT TURN OR STRAIGHT DOWN. At this point I was just like WTF okay just get me out of here. As I was exiting this car, Mr Chong Kok Yong decided to give me a fucking lecture on how I have my directions all mixed up. And I just went like all fuck you good bye I can’t deal with this shit.

I guess you really can’t teach old dogs new tricks, but what the fuck man how does a person not know left and right in both languages. Seriously dumbfounded. Most ridiculous incident that has ever occurred to me. Grab Please make sure that your drivers are educated enough to understand their directions. 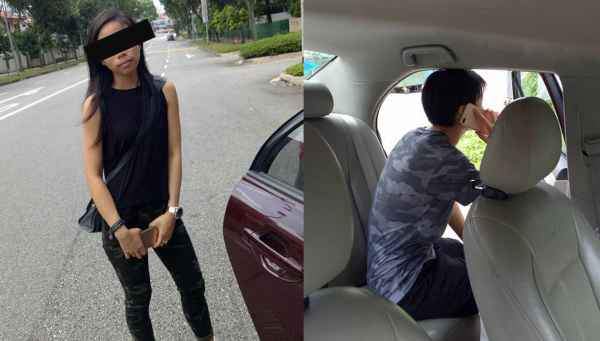