After all these while, where cyclists often go head-to-head with other road users in Singapore over who have the right of way, they finally got what they have always wanted. The Singapore authorities have announced a new 10km on-road cycling lane on the extended Tanah Merah Coast Road in Changi East.

This cycling lane has a dedicated 2m wide bicycle lane, which can cater to two cyclists riding abreast, and will be marked out in both directions on the road. The cycling lane will be opened to the public on April 22. This marks the first time that dedicated cycling lanes are marked on the roads in mainland Singapore, although road cycling lanes had been launched in Sentosa in December last year.

This is certainly what cyclist have long asked for, so they don’t need to fight a losing battle with other vehicles on the road. It will also be good for other road users, so that they don’t have to share a lane with cyclists, where it might endanger them.

However, this brings another question with it. Now that cycling lanes are appearing in mainland Singapore, will we see more of such lanes in our roads? Will the cyclists get bolder and demand that they have their own dedicated lanes on the road? What say you? 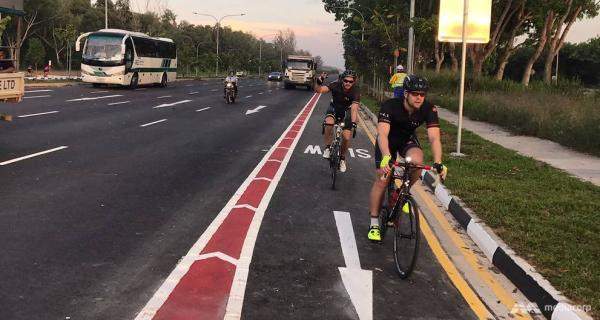