MUSLIMS OBLIGED TO KEEP THE PEACE, NOT CREATE TROUBLE

I refer to your article “S’pore Chulia Mosque Imam Accused Of Cursing Christians & Jews During Friday Prayers” (27 Feb). I believe some explanation is necessary.

In comparison to AlQuran Chapter 6:108, “And insult not those whom the disbelievers worship besides Allâh, lest they insult Allâh wrongfully without knowledge.” and Chapter 60:8, “Allâh does not forbid you to deal justly and kindly with those who fought not against you on account of religion nor drove you out of your homes. Verily, Allâh loves those who deal with equity.”,

The supplication by the Friday imam is one of Islamic teachings (Chapter 2:286) against non-Muslims who wage war or commit atrocities against Muslims worldwide, namely Palestine, Iraq, Afghanistan, Bangladesh, and NOT meant for tolerant and law-abiding multi-religious Singaporean citizens, as explained by the renowned scholar Syeikh Utsaimin :

“For the land in which you are living is such that there is an agreement between you and them. If this were not the case they would have killed you or expelled you. So preserve this agreement, and do not prove treacherous to it, since treachery is a sign of the hypocrites, and it is not from the way of the Believers.”

And know that it is authentically reported from the Prophet that he said, “Whoever kills one who is under and agreement of protection will not smell the fragrance of Paradise.”

All Muslims are obliged to preserve such agreement as law-abiding citizens in their respective countries. Hopefully the above info would quash any aspersion triggered by Mr Nunis, the whistleblower who misunderstood the context of the speech, and is trying his best to put forward his deviant and wicked interpretation of the AlQuran, Aamiin. 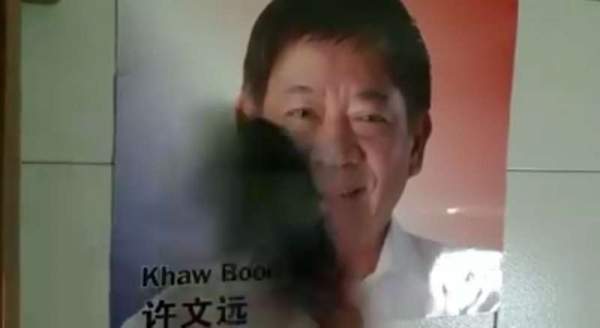