MINISTER KHAW SAID 15,000 ENGINEERS NEEDED. NEVER SAID HOW MANY WILL BE FOR THE LOCALS

Transport Minister Khaw Boon Wan said that about 15,000 engineers are needed for the trains industry by 2030. Currently, there are only 10,000 engineers now.

Wonder out of this number, how many percentage would be reserved for the locals. Have the feeling that the number of foreigners hired as engineers out of these 15,000 by 2030 will be so much more than the number of locals. 13 years is not that long a time.

Not putting up much hope that more than half hired will be locals. In fact, if locals can get half the number of jobs, then that would be an achievement indeed.

SMRT FLOOD IS ONLY SAD AND EMBARRASSING ACCORDING TO MIN KHAW 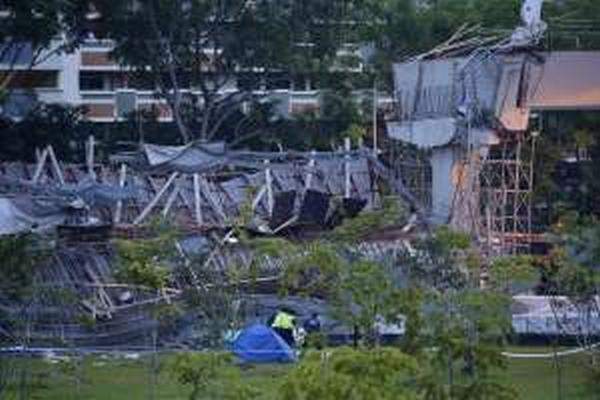 HUMAN ERROR THE CAUSE OF HIGHWAY COLLAPSE? OVERCROWDING & LACK OF TRAINS THE TRUE CAUSE BEHIND MRT DELAYS