I dont usually waste my time to post any complains online but the incident which happened earlier was over the limit and I just feel the need to do this. On 30/01/2017 at about 9pm, I went to Mr Teh [email protected] Khatib as my sick wife was craving for the ban mian there. So while she was queueing to order her food, i went over to the drink stall and join in the queue to a drink for my wife. When it was my turn, conversation with the BLACK SHIRT STAFF went like this:

(He then started making my drink)

When the drink was ready, he placed the cup on the counter and then he turn to his cashier system to key my order. Noticing that there was no cover for the drink, i politely requested in malay:

Me: take away bang.

Staff: Ohhhhh take away ehhh. Cakap la lain kali [Say lah] (with a smirk on his face and in a very very sarcastic tone)

Staff: (while taking the cover and covering my cup) Ohhhh take away. Lain kali cakap la take away ke, minum sini ke, DRIVE THROUGH KE. [Ohhh takeaway, say lah want to takeaway or having here. You think drive-thru issit] (He raised his voice)

The next minute, he took my cup which was on the counter, turn to his right and tossed my drink into the sink and told me to get lost and immediately asked for the next customer’s order!!!!!! WHAT IN THE WORLD IS THIS ?!?!?!?!

Look at the picture and you can see that the bin is nearer to him but he managed to toss it into the sink instead !!!! I strongly feel that such behaviour is very inappropriate !!!!! If its just verbal argument i would have probably just forget about it but he threw away my drink while i was handing over to him my money !!!!

From the picture also, i can see that there are cameras overlooking the counter. I hope the management will view the footage and look into this matter seriously !! I believe the customers queueing behind me and his partner wearing the grey tshirt witnessed the incident as well !!!

I LOVE THE FOOD THERE AND I ALWAYS GO TO MR TEH TARIK KHATIB BRANCH BUT WITH SUCH POOR ATTITUDE STAFF AROUND, I WILL NEVER PATRONISE THIS BRANCH AGAIN 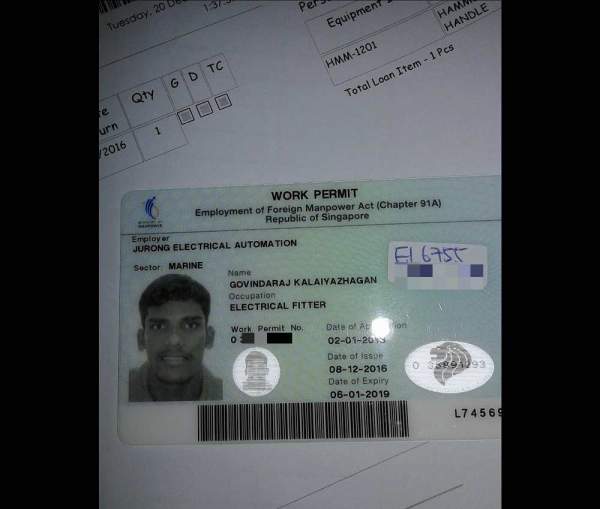