I parked my car at Block 59c Geylang Bahru during the late morning. When i returned, I saw chunks of human faeces on my windscreen. Brown streaks stained by windscreen and I suspect some pieces of shit may have hit the car first before streaking down my car and onto the ground.

Residents told me that this was not new and people’s car getting hit by shit has happened before. They suspect someone threw the shit down from the 10th storey of blk 59c HDB.

Lucky for me, a kind town council cleaner was around and helped clear the faeces for me. I have reported this incident to the Police. 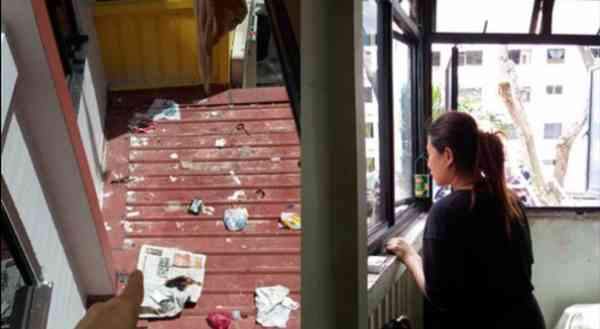 MAN FINED $2,000 FOR DRIVING WHILE DEBTOR CLUNG ONTO HIS WINDSCREEN

Who said our hotels are not making money? You only need a small space!