Reflection on the Parliamentary Debate of Administration of Justice (Protection) Bill

Since the Parliamentary Debate on the Administration of Justice (Protection) Bill on 15 August 2016 I have received many tags and messages from various people questioning my vote in support of it.

Quite a number of them have expressed disappointment and anger. I can understand that.

I have taken some time to process what happened and written this reflection to share how I reached that decision, and I hope this will deepen my learning of this prolonged process.

However I would like to clarify that the reflection is my perspective and does not represent the views of the other NMPs who put up the amendments on the Bill with me.

The Bill was first tabled on 11 July 2016. Upon receiving the Bill and after a very slow read, I knew I had a lot of issues with it. As a theatre practitioner, I already feel that the space for public commentary has become more constrained. But I am not legally trained and so I sought help from people to run through the Bill with me.

The Bill deals with three main aspects on the Contempt of Court.

(i) Disobedience to Court Order: I have no issues with this and as I understand from some civil society colleagues, it will go a long way to help many people re-dress injustice, by ensuring that court orders are obeyed.

(iii) Sub-judice: This is by far the most controversial of all the issues raised by the Bill. In the Bill, it seemed like the threshold to determine what constitutes sub-judice has been lowered, with the punishment for it being severe. Furthermore, the definition of what constitutes a “publication” of a statement seems innocuous and vague. Upon closer scrutiny, two main important points stood out glaringly for me:

a) Clause 3(4), which states that a person on behalf of the Government can speak about matters of public interest when court proceedings are in progress, and this will not be considered as sub-judice if the “Government believes that such statement is necessary in the public interest”;

b) That there is no provision for the public to comment on matters if they deem them to be of public interest.

Please refer to my speech to understand my position in greater detail.

I was approached by civil society activists to put up the petition on their behalf. I agreed because I think their concerns coincided with a lot of mine. The petition also signalled that there are Singaporeans who are concerned about the Bill. Otherwise, what I really understood from the ground is that many people are not aware, or even worried, about its content.

The petition sought to delay the Bill’s passage, to clarify its content, and to put it up to a select committee.

I spoke to the Dy Parliamentary Clerk about the procedure of this petition. According to the standing order, the petition would be sent to Public Petition Committee for deliberation after being presented in Parliament.

The Bill had already been tabled for a Second Reading. As such, if the petition is accepted, it would only be presented on the same day as the Second Reading. It would not have any effect.

The only way is to get the Parliament to freeze the standing order so that the Bill and the petition can be debated concurrently. This was what I proposed after discussion with the Dy Leader of the House.

I understood that fellow NMPs Assoc Prof Mahdev Mohan and Kuik Shiao Yin had also wanted to speak about the Bill. We came together for discussion and also had some legal consultants to advise us on the Bill. But what was important for us then was: what could we do?

I think this question hangs over my head heavily. I have been in the Parliament since March 2016. I have seen how many bills passed through quite quickly. I also knew that I was inadequate in understanding the Bill. I wondered how I could do better in contributing to an improved legislative process, since legislation is such an important aspect of my work. How can I contribute to a robust discussion and help people understand the legislation and its impact? How can I assist in looking out for gaps, help make the legislation’s content better and even propose changes?

I wanted to pursue the issue in a dialogic manner. Unlike other MPs, NMPs function pretty much independently and have to navigate ourselves through processes in the house—including one such as this where bills get passed relatively fast. As such, I felt it was important to speak to Min Law even prior to the debate, so as to understand the concerns more fully, as well as to see if the Ministry can address them adequately. This allows me room to build good faith; should the clarifications I seek be provided, then my support for the bill is possible.

It was good to have three NMPs working together because we are quite cognizant of this: the truth is, the Bill will be passed because of our political condition. In fact, even two weeks before the debate, we still did not know who would speak against the Bill. We knew that perhaps the opposition party might do so, but we did not know what they would say.

We thought what we could do next:

a. This is an area of law that even many lawyers are unfamiliar with. For me, I felt there were many aspects of the Bill that were vague, and so I needed to ask questions, to clarify and know more, and in doing so, help the public understand as well what the Bill is about and how it would affect their daily lives.

It is here that I learnt something: that the debate in the Parliament as recorded in Hansard would be used by the Court to make their judgment, and that it is binding. (But as I write this post, I am reading from people that it is not, so I will leave it to the experts to explain and clarify this.)

b. That Mahdev, Shiao Yin and myself could also suggest amendments that would address the gaps in the bill.

So we went about crafting the amendments all three of us could agree on. We then engaged with Min Law over two consultation sessions regarding our concerns and our rationale behind the proposed amendments to be submitted to the Parliament.

It came down to three main points:

1) To make sure that the Government is not going to be unchecked and that the Court remains the final arbiter of what constitutes public interest;

2) To have a reassurance that the defence for the public to voice matters of public interest is articulated clearly in the Hansard, so that in the event of a charge, there is a possible defence that can be cited;

3) That the threshold for sub-judice will not be lowered and will remain the same.

4) That the threshold for scandalizing the court be ‘real risk’, rather than the proposed ‘risk’.

Our focus at this point was to make sure that the clarifications would help us understand the law better, as well as establish that things have remained unchanged as before.

At the end of the debate, I was not still very convinced why the ‘real risk’ as threshold for scandalizing of court was to be lowered to ‘risk’. Here I chose to agree to disagree.

The clarification by the Minister for Clause 3(1)(b)(i)& (2) that the threshold for sub-judice remains as real risk or actual prejudice was important.

It was at the final stage of the Q&A that the three of us NMPS received what we felt was the most important assurance from the Minister.

Shiao Yin asked, “So can I confirm that a publication made as part of a discussion in good faith on a matter of general public affairs is not contempt of court, if there is no prejudice or interference or real risk of prejudice?”

To which the Minister replied, “Yes”.

This wording is as close as we could get to our original amendment, and this we believe when recorded in Hansard, would give defence to public to speak on matter of public interest.

I asked, “Can I confirm that if there is a dispute as to whether what the government believes on an issue is necessary in the public interest, the judge can take a view and can refer to common law, especially to the Judge Choor Singh case?”

To which the Minister replied, in brief, in the affirmative. I can’t provide the exact transcript of his reply (please refer to Hansard), but essentially he said yes, and after consultation, we felt it was acceptable and that it would check on the government and ensure that the judges, and not the government, are the final arbiters of whether the public interest provision applies.

I will explain how I vote, and again this does not represent the views of Mahdev and Shiao Yin.

I would not have voted “no”, because I was in support of another part of the bill concerning Disobedience to Court Orders. This aspect of the bill can help many people who have suffered because of a lack of good legislation to enforce court orders. By that, I am referring to women who have been denied alimonies and parents with children that have refused to support them [Maintenance of Parents Act].

So, I was considering between the options of “Abstain” and “Yes”:

1) “Abstain”, because like I mentioned previously, I do support part of the Bill on Disobedience to Court Orders.

2) “Yes”, because I started out wanting to make sure that the debate would help in contributing important clarifications for future if any one will be charged. And I believe that the debate and the clarifications and assurance being recorded in The Hansard, will be a testimony that this Bill DO NOT change what is currently here except for the test for scandalising the court.

I was torn because not voting “no” might seem as if I have made a U-turn, betraying the purpose of the petition, and the arts community that I have represented.

I asked myself a question when I was voting: would I still want to keep pushing for dialogue:

I told myself, yes I would.

And so, I went for the decision of “Yes” to honour the negotiation and discussion.

Let me first apologise to everyone who feel anger or disappointment, and especially those who have organised and supported the petition. They have been wonderful to work with, giving me space to find my ground and my approach, and respecting every decision I made in the process. Sometimes we disagree. But we disagree respectfully.

The role of an NMP is a complex one, and in many discussions that I have had, the indication is that this role itself is part of a problematic political system.
However, I also want to add that while one may say that the NMP answers to no one, I would say that firstly, I have to answer to myself. I am also keenly aware that I have to answer to the arts community that has supported me strongly, and to the causes I represent.

Please do let me know if you feel at any point that this process is problematic, so that I can take them into consideration. Your concerns can inform me on how I can do better next time. 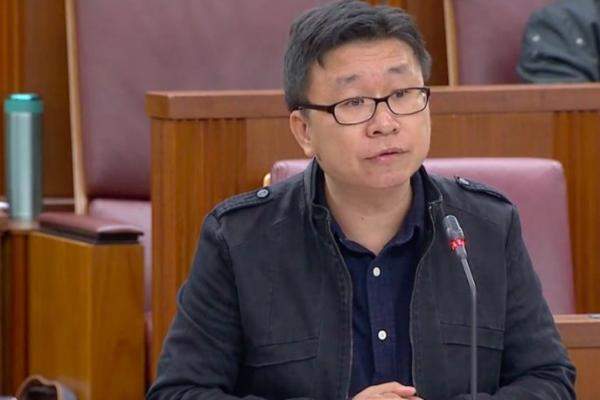 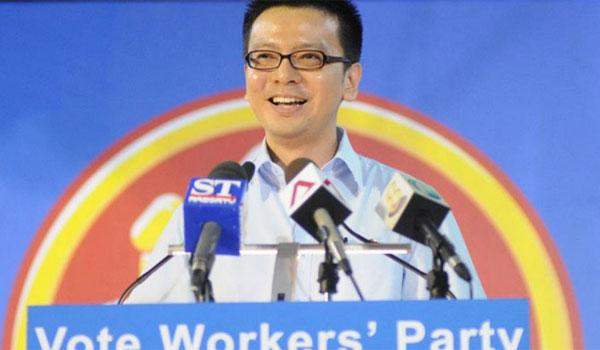 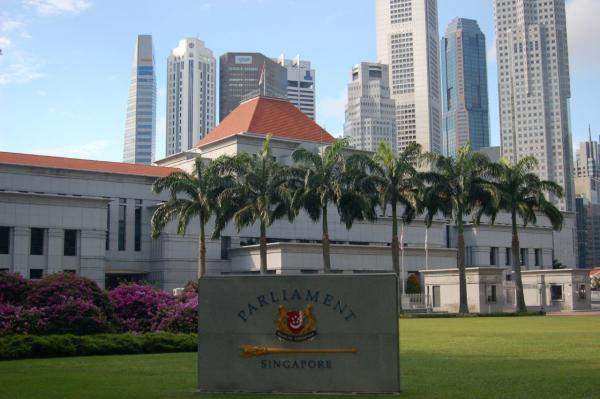 ADMINISTRATION OF JUSTICE BILL: ALL 9 NMPS SHD BE REMOVED