AMAZING TRANSFORMATION OF BISHAN PARK & ITS RESIDENTS AFTER POKEMON GO

Pokemon Go has changed the dynamics of Bishan Park in just 48 hours. That’s a huge feat. For several years, various interest groups in Bishan Park have never interacted. Families did their own thing with prams and children in tow. The Bishan Sidewalk Astronomers sometimes got different interest groups to come by, but it could not sustain a prolonged and meaningful conversation due to its nature (cost and knowledge). The Bishan runners are a self-selecting group, since you either know them through fitness or not at all. Uncles fishing… Did their own thing. Countless little pockets of friends do meet at McDonald’s in the park, but they never interacted in any meaningful way. Yes, renovating Bishan Park created a space for communities to take root and grow, but the communities lacked a powerful commonality to bridge them together – provide an excuse to reach out to the stranger an arm’s length away.
Pokemon Go changed all of that.

In 48 hours, I’ve taught countless strangers how to share and hunt down pokemon through community-created pokemon maps. I’ve learned about their lives and woes while trudging from Bishan Park to Toa-Payoh or Upper Thomson. Gotten real deep conversations with so many tattooed ah bengs and ah lians that I could never have started without Pokemon Go. Seen parts of Singapore’s HDB heartlands that I never knew existed. So many stories and beautiful encounters. There are countless incredibly sweet stories and funny incidents over 48 hours, but I have a few delicious favourites from tonight:

Around midnight, there was a Golduck sighting along the Bishan river plains. Two young guys shyly and laughingly shouted, “Eh. EH! GOLDDUCK!” before ducking away and laughing sheepishly. I looked down at my phone’s pokemon radar: That’s a damn rare pokemon with a 3 minute timer. I caught the pokemon quickly, before going over to the MASS of people at the McDonald’s PokeStop and shamelessly shouting, “THERE’S A GOLDUCK OVER AT THAT LAMP POST!”

That got their attention.

A group of girls went over tentatively first and positively squealed with delight. THAT never fails to get more people looking. The entire horde of people who were bored of waiting for Pidgeys and Rattatas trooped over enthusiastically, “Dude, how did you find that Golduck?!”

“Actually, those two guys told me la.” (points over to them)

*Cue collective breathes and thanks to the now-paiseh young guys*

“Eh, there’s a Weepingbell on a 6 minutes timer over there. Do you guys want?” I show them my Pokemon Radar and point it out.
“What?! How? What app is this! WAIT!! Omg, I want that Nidorino and Nidoran!” The bunch of girls manhandle my phone and pass it around.

“Oh, I think only iPhone users can get this app leh…” I reply vaguely with a shrug. Folks downloaded the app in seconds. “By the way, why don’t you all go over to the Nidoran and Nidorino together?” I try to point them over to the location with gestures, but it was a futile effort even with me trying to use a map.

“Eh, can’t read maps. Someone help,” the bunch of girls bleated in frustration.

“Eh, I can. I can!” The two young men from before plop over in their flipflops. Their rather sizable party headed off in the other direction. That’s one group off for their hunt, while I had to talk to another bunch of friends about the Growlithe in Ang Mo Kio on a 12 minute timer.

“Look, if you all want this Growlithe, you have to jog over. It’s about 1.2km. We all can pass 1.6km NAPFA, right?” I jokingly chuckle and stab my phone in the air at the general direction. “I’m tired and not interested in the Growlithe, so you guys can go ahead.”

I got several BLANK stares, followed by a “Eh, shit. None of us have iPhones, so we can’t download the app to check location.” At this point, a REALLY BUFF AND HUGE guy in a commando army singlet came over, “Okay, okay. Give me the map. Point it out to me.”

Commando guy looks at my phone for just a few seconds, “Over there, right? Overhead bridge? Any landmarks? ” I nod and reply as best as I can… Then, Commando guy squeezes out a timer on his stopwatch and takes over the group quickly, “Okay, let’s go catch that Growlithe! 9 minutes and 30 seconds left!” He sets off at a jog with the entire group following with small cheers.

Holy shit. Imagine that scene on any other day or place. It boggles the mind.

At the Weepingbell, I saw the previous Nidoran group also hustling towards us at a rather urgent pace. I grinned when I saw the dynamics of the group: One of the young guys was trailing behind with another girl, and it was obvious from their obvious language that they were exchanging numbers. Meanwhile, the other guy in front was carrying all of the other girls’ bags in his own bulging haversack and grinning like a mad man. I guess if Singapore starts seeing more marriages in several years, we know what’s a probable cause!

At the location with the Weepingbell, I started my usual routine of teaching people more about Pokemon sightings and spawned more spontaneous groups. One bunch of middle-aged old friends reunited ran off towards a Tangela in Ang Mo Kio giggling like children; at that moment I’m sure that they were children once more. One flock of bright-eyed girls went on an Eevee collecting spree. Another group made up of awkward secondary school students decided on some spontaneous supper at the kopitiam (They didn’t know each other, and no, I don’t know how it happened).

Me? I went off with a young couple to nab a Ponyta, three Pidgettos, and ended off with promises to meet more often for such joyful Pokemon adventures. (:
The night went on for a while more, but my phone eventually ran low on battery, signalling the end of my gaming session. I strolled back home with two new acquaintances who lived two blocks away, chatting randomly about life and coping with school in general… And running into another Golduck. That brings me one full circle for my 48 hours of Pokemon Go.

So… Do I think there are concerns about Pokemon Go? Yes, for sure. There are concrete issues dragging down the game’s longevity. Concerns from parents about their kids’ potential addiction and safety. Worries from institutions about things “getting out of hand”. But I think that a lot of these fears and worries lie in the assumption that people are unwary and static. It assumes the worst of people, even when the reality of the matter is deliciously complex and excitingly dynamic. It is clear that the old frameworks that we used to assess the world 48 hours ago no longer apply in this new context. Things are changing too fast and too rapidly for that.

That was honestly my biggest takeaway from the night. Experiencing the reality and truth of 48 hours in Bishan Park put me back into the child-like wonderment of meeting fellow Pokemon Trainers, getting to know which primary school they came from, what Pokemon they already had, and what Pokemon they wanted… And then sitting down to catch or train up those Pokemon together.

Except that this time, I’m doing the same thing with everyone else in society, and immersing myself in the world around me.
Thank you, World.

P.S. *ahem* so people are asking me stuff like, “Oh that sounds like my friend!” No la aiyo. You know how many Golducks spawned in Bishan Park in 48 hours? At least 11, assuming that Poke Radar and other sources are correct. Somemore got so many guys and girls wandering around, aiyo. How to know who’s who la. I changed and hid so many details, I doubt even the original people will know I’m talking about them liao. 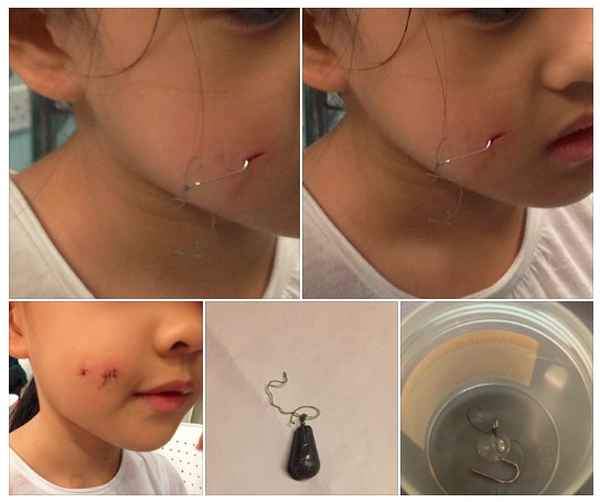