It was a cool, breezy Friday evening, and it took a while before finding the performance location at Clive Street’s little field next to a carpark. But its cozy atmosphere was inviting, along with the art installation that was present during the concert.

There was also a surprise fire dance performance halfway into their set by Bornfire, a circus group in Singapore that recently concluded a circus festival. They brought in various props to spin with, completely improvised, giving a visual layer to the whole concert.

This performance was a part of Project Oasis in Little India, a series of events organised in Little India to raise awareness about the neighbourhood’s vibrant culture. 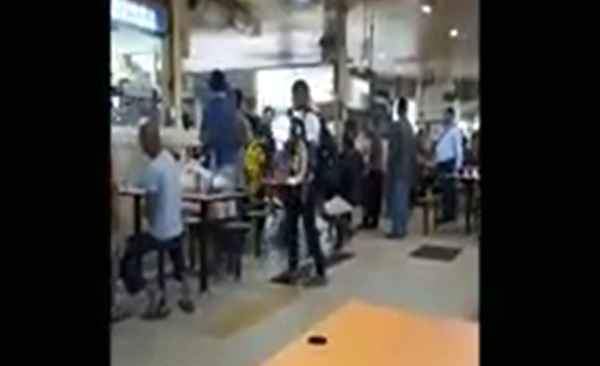