WRONG TO COMPARE BREXIT TO SINGAPORE’S SEPARATION FROM MALAYA

The people drawing parallels between Britain leaving Europe and Singapore leaving Malaysia in 1965 – with the implication that Britain could succeed post-Brexit in the same way Singapore succeeded post-Separation (if only Britain finds a leader like LKY) – are completely wrong. It’s a view that’s NOT even somewhat accurate or half-right but provides useful historical parallels and lessons. It’s just completely inaccurate. The people who spout this view (and it’s not just Calvin Cheng) know nothing about Singapore’s economic history, how federalism works, and Britain’s relationship with the European Union.
This view, which is somewhat seductive and instinctively appealing, is wrong for at least four reasons.

The first and most obvious is that the Malaysian federation was nothing like the European Union – and I don’t just mean this in terms of their relative size and importance. Singapore joined Malaysia believing that it would have access to a Common Market, i.e. free movement of goods and services between Singapore and the rest of Malaysia. This didn’t happen. Meanwhile, it didn’t have control over the key institutions of state sovereignty – foreign policy and defence. In short, when Singapore was part of Malaysia, we had all the costs of being part of a federation (loss of sovereignty, no independent economic policy), but none of its benefits. Singapore being a part of Malaysia was simply a lousy idea.

Britain’s case is completely different. Being part of the EU gives it access to the world’s largest common market. Joining the EU, unlike Singapore joining Malaysia in 1963, was a very good idea. It still is. It is very telling that even the Brexit campaign leaders want to safeguard the entry of British good and services into Europe. But they also want to limit the free movement of people from the rest of Europe into Britain. Unfortunately, you can’t have your cake and eat it too. So in the case of Britain, unlike Singapore when it was part of Malaysia, it has all the benefits of European federalism, albeit with some attendant costs (the main one being the loss of control over immigration). Britain also has its own currency (i.e. it hasn’t given up monetary sovereignty), and pursues its own foreign and security policy.

Second, the view is wrong because it suggests that Singapore succeeded in spite of Separation. If you agree with the first argument – that joining the Malaysian federation was a bad idea – then you’d also agree that Singapore leaving Malaysia was a blessing. Albert Winsemius, one of the architects of Singapore’s industrialisation, certainly believed so. He thought that the two years that Singapore spent in Malaysia were two years wasted insofar as industrial development here was concerned. Specifically, leaving Malaysia meant that we were free to pursue the economic strategy that turned out to be history’s surest path to prosperity: export-led industrialisation.

Can Britain do the same? Perhaps, but it would have to negotiate access to Europe and other markets – something it already has as part of the EU. Meanwhile, regaining control of immigration is a Pyrrhic victory if, as a result of Brexit, Britain loses its reputation as a free-trading, talent-welcoming and multicultural society.

Third, the political-philosophic basis of Singapore’s leaving the Malaysian Federation was entirely different from why more than half the British people who voted in the referendum want to leave the EU. For Singapore, continuing to be part of Malaysia would have meant an increase in racial tensions, ethnic chauvinism, bigotry and divisive, race-based politics. By leaving Malaysia, Singapore was able to carve out a space for itself to pursue multi-racialism and meritocracy. The contrast with Brexit cannot be any greater. The people who voted to leave Europe are motivated, at least partly, by a latent racism and an instinctive aversion to foreigners.

Fourth, the view is wrong because it misrepresents the nature of leadership. It suggests that all the British people need to do to create a prosperous, dynamic Britain after Brexit is to find a messianic leader – someone like LKY. This view is completely ludicrous. People like Calvin Cheng think they are paying a tribute to LKY when they say cute things like “we had LKY; you have Boris Johnson.” In reality, they are trivialising LKY and Singapore’s achievements.

LKY was crucial to Singapore’s success in the immediate aftermath of Separation. Perhaps his most important contribution was that he was honest, humble and courageous in admitting that he was wrong about Singapore being a part of Malaysia. Leaders and decision-makers often suffer from something known as the “sunk cost fallacy”, the common mistake of throwing good money after bad, of increasing our investments (of money, time, effort) in bad ideas on which we had staked our reputations. Mr Lee didn’t suffer from this. He abandoned the bad idea (Singapore as part of Malaysia) after less than two years even though he was personally very invested in that idea.

Finally, there’s a great irony in someone like Calvin Cheng rubbishing Boris Johnson. The fact of the matter is that the two of them are fundamentally alike – they hate liberals, they pride themselves as conservatives, they rubbish political correctness, and they appeal to our respective countries’ sense of exceptionalism. Boris Johnson (very much like Trump in relation to the American people) reflects the worst instincts of the British people – elitism, insularity, parochialism, intolerance. And in winning the referendum, he has legitimised those instincts – as evidenced by the increasing incidence of racist incidents in Britain. Calvin Cheng appeals to those very same instincts. We all have those instincts. Part of the purpose of education, and of history in particular, is so that we learn to suppress those instincts and let our better selves govern our relations with others. This is why his misrepresentation of history is not just wrong and misguided, but also disingenuous and dangerous. 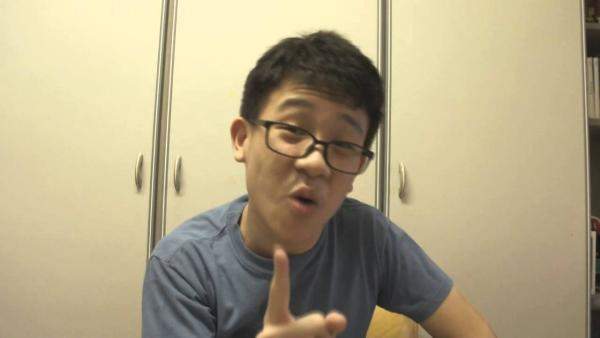 AMOS YEE: WHEN OPPOSITION TAKES OVER, OUR ECONOMY WILL CRASH BEFORE SOARING TO GREATER HEIGHTS 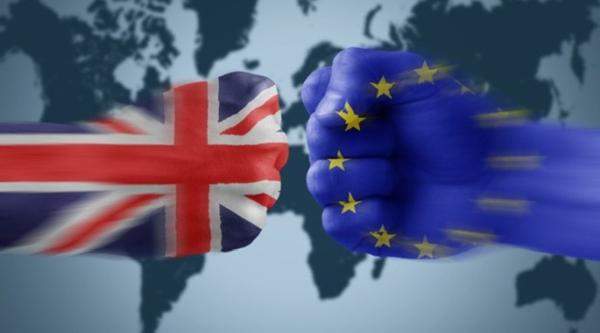 BRITISH VOTERS WILL PAY DEARLY FOR VOTING TO LEAVE EU 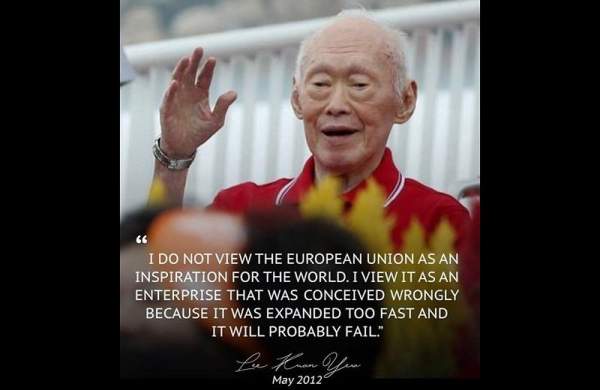