Ahmad: Bro, what you talking about?

Ah Kow: They talk about Singaporean sons cheering the new insurance coverage in this article “Servicemen hail free insurance”. Everyone already know PAP try to save money for 49 years and only boh pian then buy for us insurance. Why don’t they go interview the families of dead NSFs?

Ahmad: If NSF had insurance coverage, then no need for our courts to waste time on lawsuits. But of course the government already know peasants cannot afford lawsuits so continue to pay peanuts for compensation. How many NSFs mati during training but their families paid only a token amount?

Arumugam: They fucking made a mistake by not having insurance coverage in the first place and now try to get credit with propaganda.

Ah Kow: When I think about this, my blood also boiling. Every time they come up with a solution, it means a lot of bad things already happened. Waste time in town council management report, forgot about lift maintenance and now lifts start to breakdown. Then wayang to show they are serious but only after HDB residents suffered with one death. Same with MRT deaths, hospital beds, HDB flats, etc. Despite all their self created mistakes, they still got the cheek to demand credit through the Shitty Times.

Arumugam: This article is really an insult to NSFs. Many sacrifice 2 years and by the time they ORD, university fees increase by $1000. Insurance premium of only a couple of hundred of dollars is no big deal because it is their families’ right to be financially protected should SAF cock up. And we have already seen too many of our ex paper generals cock up in government and GLCs.

Arumugam: Out of the miserable $580 allowance, $20 is supposed to pay for insurance premiums! Don’t know of any wealthy country paying peanuts to their conscripts.

Arumugam (turning on laptop): Let me confirm …. and yes you are right. This (not paper) Maj Gen Sansern says in this Bangkok Post article “Apart from undergoing training for physical and mental strength, all draftees are entitled to pay amounting to about 10,000 baht per month plus other welfare benefits including medical care in military hospitals …”

And also I understand the average pay in Thailand is about $540. 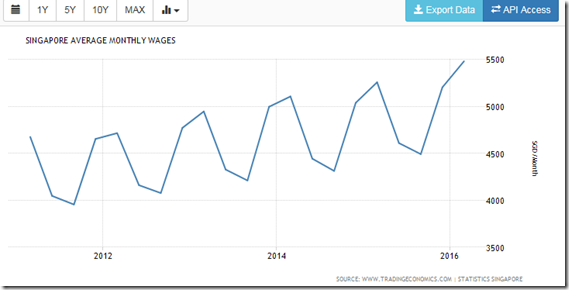 Arumugam: PAP will come up with 1001 reasons why NSFs should not be entitled to so much allowance. How to get 75% when a recruit starts off with only 10% and NSF officers get about only 20%?

Ah Kow: If such a poor country can treat their NSFs well, how come Singapore can’t? No wonder I heard many youths KPKB about the government nowadays.

Ahmad: But how come Sembawang GRC MP Vikram Nair “cautioned against asking for more too fast too soon”?

Arumugam: Part time MPs like him parachuted into GPC for Defence know nothing about what’s happening on the ground. PAP MPs only try to save as much as possible for the government to pay themselves million dollar salaries. If they don’t fear monger peasants into receiving as little as possible, where they get the money to pay themselves? The are also the ones creating our huge income disparity.

Ahmad: So now everyone knows Mindef and SAF allowed the no-insurance-for-NSFs problem to fester and resolve this only after 49 years.

Ah Kow: Bro, now I understand politics better and won’t easily believe in PAP MPs anymore. One day if GIC decides to return all the 6% return it earns using our CPF instead of only between 2.5% to 5%, Shit Times headline will read “CPF members hail free money”. I think most PAP MPs talk cock too much and have only half of Ah Kow’s brain. Haha.

Arumugam: To claim that people feel happy after the government has been forced to resolve a 4.9-decade old problem – claiming thousands of victims – is an insult to common sense. It’s good that Singaporeans like you start to think and don’t blindly believe in propaganda anymore.