JUSTIFICATION FOR OBSCENE MINISTERIAL PAY A PACK OF LIES, LKY’S HALF TRUTHS

PAP has always insisted on paying millions to attract ‘talents’, perceived by many to be clowns, to serve Singaporeans.

Before 2011 when ministerial salaries were increased by 5-figure sums at the stroke of a pen, entry-level ministers were getting almost $2 million. Presently, entry level ministers like paper generals Keechiu Chan, Tan Chuan Jin and Ng Chee Meng are willing to accept a derisory $1.1 million, inclusive of bonuses, with little prospect of an increase in the near future.

Recall that MP Goh Chok Tong once said “if you pay peanuts, you will get monkeys for your ministers”. Well, now that ministerial salaries have hentak kaki since 2011 after a drastic reduction, why have PAP ministers not resigned? Why are PAP members begging at elections to earn a fraction of their previous pay?

Also, the about-$4 million annual salary that our PM and President used to command has collapsed to $2.2 million and $1.54 million respectively. With such depressed salaries, why did Lee Hsien Loong and Tony Tan beg to be elected?

Based on Goh’s arguments, he should reassure the public that we are not having monkeys in government. If not, PAP’s justifications to earn obscene amounts of tax dollars must have been just a pack of lies.

But we all know the man behind attracting talents with money is none other than LKY. And he actually had the gall to come to its defence, against the will of the people, with more fear mongering and half truths. Singaporeans who blindly accept LKY’s words as the gospel truth should scrutinise his statements and when LKY was clearly talking cock, let’s not be afraid to admit it.

Some of LKY’s half truths to justify obscene ministerial salaries:

LKY: “Every family wants to provide the best for their children, to go to a good university”.
Questions:
– Was LKY implying our universities are not good enough or too costly for ministers to afford?
– Do Singaporeans even need ministers who graduate from expensive foreign universities?

LKY: “They put their careers at risk and undergo an uncertain and unpredictable election process.”

– Which PAP MP who was not corrupted (Phey Yew Cock) or let their pants down (Michael Palmer, David Ong) have risked their careers by joining PAP? Answer: None Even then, are Michael and David worse off?
– The election process may be uncertain for opposition members who lost but certainly not for civil servants who will return to their same jobs, or perhaps even rewarded for assisting PAP. An example would be Ong Ye Kung who lost in the 2011 GE but was promoted to NTUC Deputy Sec-Gen in June. He also became a director of SMRT and Keppel Corp, both GLCs.

LKY: “A PM and his ministers carry heavy responsibilities for the nation. If they make a serious mistake, the damage to Singapore will be incalculable and permanent.”

This statement is so silly that I don’t know what to say. The astronomical amounts paid to any personcannot prevent a mistake from happening. Period. Companies which paid their CEOs tens of millions but still collapsed is testament to this.

As for serious mistakes, there have been PLENTY:
– Mah Bow Tan made them when he was MND minister and so did his predecessors.
– Hellthcare planning by Khaw Boon Wan and his predecessors, resulting in the need for ‘corridor’ and ‘tent’ wards, is another serious mistake.
– Frequent public transport breakdowns/accidents resulting in millions of man hours lost in productivity.
– Inadequate retirement planning.
– Skyrocketing cost of living.
etc

Is turning Singapore into the world’s largest construction site with 140,000 goods/heavy vehicles not a mistake?

The only part that’s true is the ‘damage’ from all these serious mistakes is “incalculable and permanent”.

Although LKY frequently boasted about our high GDP growth, PAP cleverly avoided tying their salaries to this. Instead, their salaries are pegged to the highest income earners (pow chiak) and they quietly rewarded themselves bonuses of up to 19-months based on GDP growth! (double pow chiak)

Singaporeans are one of the most gullible but hardworking people, take business risks but PAP simply cream off a disproportionate return for themselves. Is shaking hands a difficult job that required a 19-month bonus for the President?

LKY had always been scheming and must have been aware that GDP growth could go either way and increasing the population had a limit. His take – the optimum population size for Singapore was 5.5 million.

From the chart below, we can confirm PAP’s ministerial pay formula has very little to do with the performance of our economy. And we have been shortchanged big time. PAP could anyhow increase their salaries because they had absolute power and not because of their ‘superior’ governance.

The figure of $46 million is clearly suspect because any increase at the top will ultimately trickle down the entire food chain. When ministers were drawing their most obscene salaries, permanent secretaries were overpaid by at least half a million. CEOs of stat boards, heads of organs of state, press secretaries, parliamentary secretaries, 30 paper generals, hundreds of colonels, etc would also see their annual pay increased by mostly 6 figure amounts, including huge bonuses, if PAP did not want to risk a revolt. Even if 100,000 rank and file public servants had an annual increment of $1000, including bonuses, that alone would have amounted to $100 million.

Singapore is not run by only a handful of ministers and LKY should have been upfront and told Singaporeans the truth: increasing ministerial salary will ultimately increase total civil service wages byhundreds of millions, not $46 million.

LKY had a greater propensity to spout half truths, second to probably North Korea, because PAP had total control of the mainstream media.

Singaporeans should not be afraid to scrutinise LKY’s statements and see him for who he really was.

It is pretty clear to me obscene ministerial pay has always been supported by a pack of lies. And LKY’s half truths.

Is Singapore’s Gold Standard Of Handling COVID-19 Outshone By Taiwan? 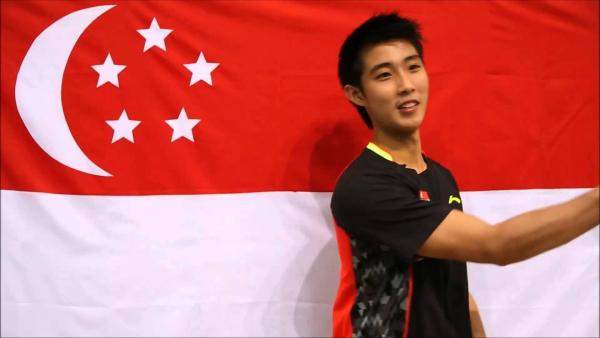