Hi all, pardon the lengthy post… just want to raise awareness that feeding is not illegal, and feeders please be firm and stand up against bullies. ‪#‎catfeedersareawesome‬ ‪#‎compassionrules‬

Encountered a dispute that happened earlier at Redhill. (never-ending issues with educated idiots who lack compassion)

Got back home around 945pm, and saw a regular feeder being cornered by an English speaking couple insisting that Redhill is a non-feeding zone and that it is illegal to feed cats in the estate. Feeder is a mandarin speaking lady who tried to reason with them but to no avail.

Feeder told me the couple was rude and abusive and called her names. She also informed that she always cleans up after feeding, and shared that she’s not the only feeder in the region.

I then inform them that in my countless interactions with TC and even MPs, I can confirm that feeding is not illegal, but failing to clean up after ie littering is. Couple refused to accept, and informed that they’ve called the police. I asked them what’s the outcome they wanted to achieve – to remove the cats? They said yes, cuz cats are so dirty. I asked if they want the cats killed? The man said no, but the woman said good to remove all the cats.

In the midst of this futile attempt to educate the couple, police officers came. Officer K spoke with the couple, while Officer N and Officer W spoke with feeder and I. (sorry had to remove the names of the officers I was told could get them into trouble, hmmmm…)

The officers assured us that what feeder did was not illegal, and that as Long as feeder cleans up, it’s no issue. However, for the safety of the cat, and to avoid any other disputes, they suggested to feed in another location for the time being. They reassured that it’s a good deed to do, as they too are feeders themselves, and commended feeder for doing good.

With this post, just want to remind feeders (and myself) that:
– we need to stand firm against bullies…
– feeding is not illegal but littering is, so please help to protect our feline friends in the estate by cleaning up diligently after feeding…

Also to please keep a lookout for the cats, and pest control is any.

Lastly, i just want to say it feels good to know there are some compassionate police officers protecting our estate! (and mannnnn it feels good to be able to help someone stand up to bullies!!)

(I didn’t get the couple’s name, but they are in their 50s-60, the woman dresses well with heavy make up, and the guy looks like someone from my old workplace who was dating a senior from my old dept. and no the well dressed heavily made up woman wasn’t my senior.) 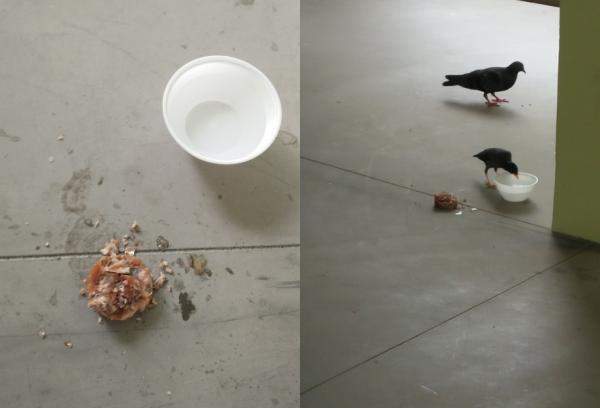