17 year old ITE student Ms Tan boarded bus 87 from Punggol and was headed home in Compassvale. She thought she was eligible for student fare and paid 70 cents to cover for the 65 cents student price.

Unfortunately for her, a bus inspector boarded the bus and checked her ticket and accused her of being a fare cheat., He issued a $50 summon to her despite Ms Tan protesting her innocence that it was a genuine mistake.

Although she was a student, an ITE student was required to have a special student pass in order to enjoy concessionary prices on public transport. Because of her incorrect ez link card, she was supposed to have paid $1.40.

Ms Tan complained to her father who came down to their home to confront the bus inspector. Despite arguing with the inspector for one over hour, the inspector refused to retract the summon and insisted he was just doing his job.

Afterwards, Ms Tan and her father filed a police report over this incident. 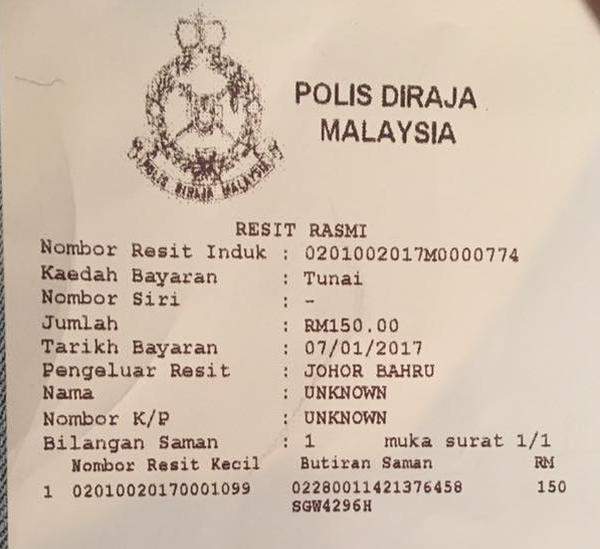 JB TRAFFIC POLICE SAID I HAVE UNPAID FINES BUT THEY DO NOT HAVE RECORDS!