Thank you for your support to help defray the payment for the defamation suit to pay the prime minister. It has helped greatly. Thank you.

You can read the previous updates here: [One] [Two] [Three] 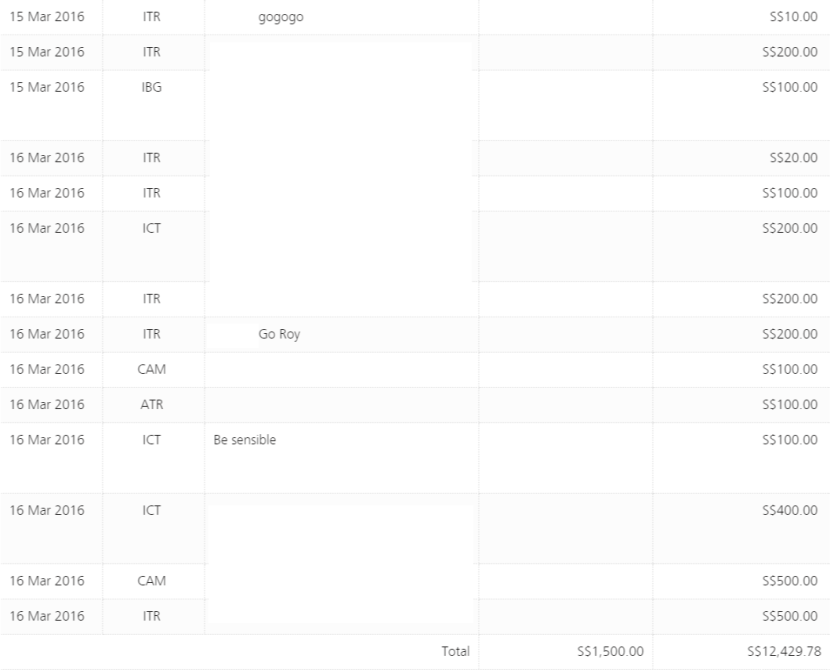 Background: In 2014, I was sued by the Singapore prime minister for defamation. The judge ruled in a summary judgment that I have defamed him. I have apologised to the prime minister. I was ordered to pay damages of S$150,000 to him. In a settlement reached with the help of my lawyer Eugene Thuraisingam, I am to pay an additional S$30,000 in costs. In total, including the previous payment that I have made to the costs of the summary judgment (S$29,000) and application for the Queen’s Counsel (S$6,000), I would have paid/will pay S$215,000.

I would be grateful if you would like to help to defray the costs. You can also fund raise to the bank account at POSB Savings Bank Account 130-23068-7 (Ngerng Yi Ling).

Please also see below an account on the funds raised and used in 2014.

I posted an update that I raised S$110,299 in 2014. In total, there was about S$127,000 from individual donors and organisations (such as the Media Legal Defence Initiative).

Last February, I was invited to Norway to speak at the International Student Festival in Trondheim (ISFiT). There were inaccurate reports that I had used the funds raised for the defamation suit to pay for the trip. This is not true.

Once again, I would like to thank everyone who have supported me in this journey. It hasn’t been easy. I started writing on this blog in 2012 with the aim to shed new light on the socioeconomic situation in Singapore and I am glad that in some way, it has helped to make changes in Singapore, especially on the CPF (Central Provident Fund).

I thank you for recognising the efforts that I have put in. What’s past is past and I can only hope that things will get better, moving forward. For now, I hope to look for a job, so that I can put my creative energies to better use.

I also hope that a more enlightened leadership will bring unity and greater freedoms to our country.

Does Repealing 377A Help PAP Get More Votes?

LHL: Not Easy For PAP MPs To Step Down Because We Are So Close With Residents