Like many working adults and students, I ended my day at around 1700H today (190216). Since today is a Friday, I believe most of us would want to spend the evening with our loved ones and friends as we would take a short break before the new week starts again on Monday.

When I first got onto the train at Clementi station, we were informed through the announcement system some delays was to be expected as there were train faults ahead from Jurong East to Joo Koon station. When the train arrived at Jurong East, most of us waited patiently inside the train until another announcement asking all passengers to use the free shuttle bus service provided instead.

What displeased me the most is what happens next – inconsiderate commuters trying to board the buses available without queuing.

Some may blame that the staff at the train station (Jurong East) were at fault for not maintaining order, but do you expect them to be able to predict that the train service would be disrupted today and make plans to increase their manpower on the ground? Excuse me, shouldn’t you be responsible for yourself to line up properly? Why do you need to be guided to queue when you are trained to do it since elementary school? For some that may say that they were not feeling well and needed to be back home fast, were you even being fair to the rest of the commuters who may not be feeling as well as you but were dutifully lining up?

Some blamed SMRT for not giving clear instructions when your were blasting music through your headphones. Some blamed others for being selfish when they themselves walked away when someone who were unfamiliar of the area tried to look around the stations’ maps appeared at a lost.

Some blamed that the engineers that their incapability of maintaining the system could be the result of repeatedly train disruptions. You people sounded as though you are truly engineers which equipments that you have fixed never spoils again.

Some started to criticise the 70% ruling party supporters and the government, as though they are not aware that our land scarcity and the dense usage of the train systems would mean that building parallel train lines or to undergo major renovation for the train systems require long term planning, without causing the people to scramble for buses every morning (if existing train systems undergo upgrading projects).

Some in fact started blaming the transport minister, as though he could monitor all train stations like some CCTV on a 24/7 basis and as though he has collected higher tax from everyone of us to improve the train systems.

All I know is that if we queue up properly and in an orderly manner, crowd control would be so much easier. If only we just keep quiet and move on over this incident, we could channel our strength to come out with more insightful thoughts.

If only we learn from our past encounters from previous train disruptions and behave less inappropriately, we wouldn’t be so myopic at pointing fingers.

If only we bring up our SG50 spirit seen during NDP, or the national spirit that was seen during the national mourning period over Mr Lee Kuan Yew, where we helped one another without wanting anything in return. If only we remain or improve upon our graciousness.

Just queue up. Be more gracious and courteous. We are all fellow Singaporeans. If we could not even graciously respect one another but to engage in acts that destroys courtesy, what makes us see ourselves as Singaporeans? 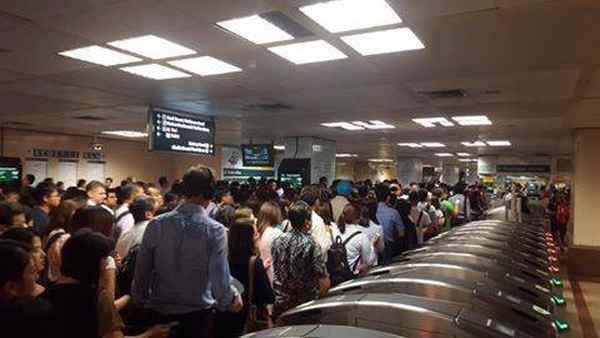 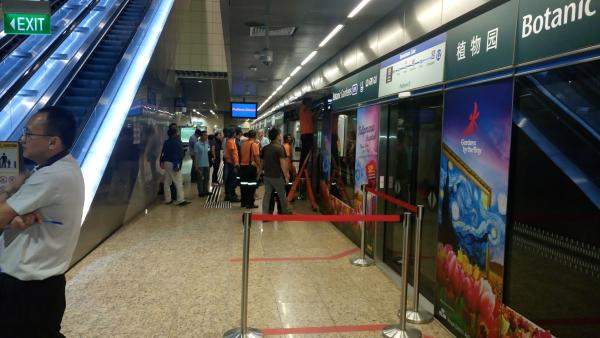 DOWNTOWN LINE DOOR FAULT WAS THE THIRD IN SEVEN MONTHS RICH GIRL SAYS SG TOO CHEAP FOR HER AND SGREANS UGLY