I refer to the article “Outsourcing has depressed wages of many low-wage workers: MP Zainal Sapari” (Straits Times, Feb 13).

It states that “Labour MPs in Singapore mostly refrain from criticising employers openly, a reflection of the tight three-way partnership between unions, employers and the Government.

But in a stark departure from the usual congenial tone among the tripartite partners, outspoken labour MP Zainal Sapari has hit out at businesses that have outsourced their work, saying that low-wage workers are hurt in the process.

“Outsourcing has led to market failure, contributing to the depression and stagnation of wages of many low-wage workers such as cleaners, security officers to name a few,” said Mr Zainal, a National Trades Union Congress (NTUC) assistant secretary-general, in a blog posted on the labour movement’s website on Saturday.”

The dominant factor in depressing wages is arguably our liberal foreign labour policies, rather than outsourcing. So, why are we not focusing or even talking about this?

A question of “responsibility”?

With regard to “Mr Zainal also criticised management guru Peter Drucker who in the 1990s coined the phrase “Do what you do best and outsource the rest”. Mr Drucker, who died in 2005, was an advocate of outsourcing as a business strategy, among various management ideas and concepts in a wide body of work that spanned more than 30 books.

“Peter Drucker, do you know what you’ve done?” Mr Zainal wrote. “I wish Peter Drucker had said this instead – ‘Do what you do best, outsource the rest but don’t outsource your responsibility!’ “” – the “responsibility” to protect particularly low -wage workers lies with the labour movement – and now in a sense, by its own admission – it arguably may have failed to discharge this “responsibility”.

In respect of “The blog post on Saturday came two weeks after Mr Zainal called in Parliament for the law to be updated to make it compulsory for employers to follow National Wages Council (NWC) guidelines on pay increases for low-wage workers.

If it cannot be made mandatory for all, at least make it so for the cleaning, security and landscape sectors, which hire a large number of low-wage workers, he had said.

How many actually get the increase?

– What we need to know is the percentage of workers earning below $1,000 who received the recommended increase, instead of what happened in the past – like what proportion of employers or unionised companies who were surveyed accepted the recommendations or said that they intended to do it?

In this connection, the last time that this specific statistic was available in 2013 for 2012, was that more than 70% did not get the recommended increase.

So much for yet another survey?

This starkly sobbing statistic has to be seen in the “spin doctoring” context that it was reported in the media that while eight in 10 companies in the unionised sector accepted the recommendations and boosted the pay of their low-wage workers by at least $50 in 2012, but only three in 10 non-unionised companies followed suit.

With Singapore’s high cost of living – no Singaporean should be earning less than $1,200. Why do we keep talking about $1,000 year after year, as if inflation does not exist? STOP FOREIGNERS STEALING OUR JOBS, AND SINGAPORE CAN BE GREAT AGAIN 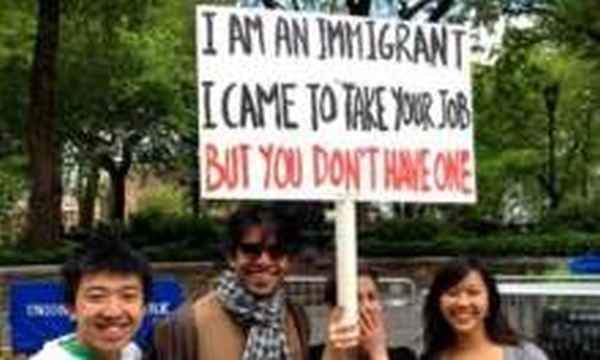