MAN COLLAPSES MOTIONLESS ON PAVEMENT BUT NO PASSERBYS STOP TO HELP

So this morning, I witnessed someone collapse in public through my rear view mirror while I was driving by. He laid there motionless while I was probably 200 meters ahead of him. So I turned the car around and went back to attend to him.

It took me about 5 mins from the time I saw him collapsed, to the time I arrived to render help to him. All these while I was hoping that someone would have stopped their car to give this person the attention he requires but NO. No one stopped and everyone just carried on with their own lives oblivious to this person laying motionless on the ground. Seriously where is the compassion? Are we really that compassionless?

Anyway, thankfully i got to him on time and called 995 at the same time – he went into a fit whereby he kept on pounding his chin on the concrete pavement. Though I was able to stop him from doing it, there was already a huge gash on his chin.

While waiting for the emergency ambulance to arrive, a private ambulance stopped to render help and they found out that his pulse rate was dropping fast and urged me to call 995 again to hurry them.

Thanks to one of your ambulance (AMS Ambulance Medical Service Pte Ltd) for stopping by to help at Ang Mo Kio St 61.

Can you imagine if no one stopped to help, this guy could be dead! Now I just wish that this guy will be fine. 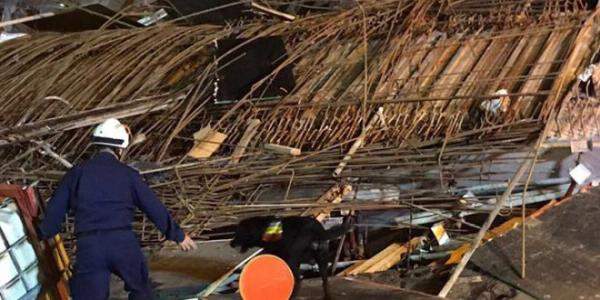