WAKE UP PARENTS! TOP SCHOOL DOES NOT MEAN GOOD RESULTS

When the ‘O’ level results were released this year, there was some hoo-ha when the Middle Ground reported that only 1 out of 10 students in RI’s pioneer ‘O’ level class scored well enough to make it to JC. Many people were in shock, including the students, it would seem – RI? How could this have happened?

My reaction is: this was no surprise at all.

I’ve always been baffled by the intrinsic belief of some parents that because a high percentage of top school students score well, you will automatically score well if you go to a top school. It doesn’t work that way. That’s like saying if you hang out with a whole bunch of rich people, you will also become rich. So much logic.

Whether you are likely to turn in good academic results depends on a few factors:

1) Your natural talent or aptitude, which is largely genetic
2) Your work ethic, ie how hard and how well you study
3) How much help you get, eg whether you have tuition, good teachers, father-mother help, etc.

Of course there are other factors like luck, performance during exams etc, but I won’t get into those as I think they play a smaller part. In general, how well a student performs in school is largely dependent on those three factors. Students in the elite schools tend to have a good combination of all three. That’s why they do well. It’s that simple.

However, in every top school, you will have a handful of students who do not perform quite as well academically. The group who entered via sports or arts Direct School Admissions (DSAs), for instance. Many of these kids enter the school far below the cut-off-point (COP), sometimes 30 or 40 points below. While the PSLE t-score is not definitive, it does offer a pretty good indication of general ability. If a student is lacking in Factor 1) and his Factor 2) is compromised because he has to commit a lot of time to his CCA due to DSA, he is already at a huge disadvantage when it comes to performing academically. It’s the brutal truth.

I don’t know if all the kids who scored badly in the ‘O’ level class were from DSAs. There could also be students who entered RI due to very high PSLE scores but somehow along the way, slipped and were unable to catch up.

Being in a branded school doesn’t automatically mean you get a leg up in grades. In fact, it’s often the opposite. Based on my own experience with my two kids, branded schools actually teach less and test more. When they teach, they go very quickly and assume knowledge of basic concepts. Many teachers of branded schools are simply unaccustomed to dealing with less academically-inclined children and much less sympathetic to failing grades (when Lesley-Anne flunked sec 3 maths, her teacher just assumed she wasn’t trying hard enough). If you struggle to understand the fundamentals, tuition is often the only recourse for these kids. In contrast, Andre’s teachers in a neighbourhood school go through concepts more slowly and hold more extra classes for weaker students.

This whole saga with the ‘O’ level class at RI is due to the way the Integrated Programme (IP) has evolved. When IP was introduced some years ago, the assumption was that the top PSLE scorers would naturally be JC-bound, so the through-train system made sense – kids in schools like RI/RGS/HCI/NYGH would bypass the ‘O’ levels and go straight to JC, saving them the hassle of preparing for another national exam. After all, these schools attract the top 5% of kids. Shouldn’t be a problem, right?

Except there was a problem. Kids are human beings. They don’t always perform according to statistical projections. Plus these schools took in some kids way below the COPs, as mentioned above. The result was that some kids in these schools just couldn’t keep up, for whatever reason. The schools then faced a huge dilemma – what to do with these students? They couldn’t in good conscience promote a student who failed practically every subject, let alone allow him or her to enter JC. So in the past, these kids would either be retained, transfer to an overseas school or transfer to a secondary school which offered ‘O’ levels.

The worst case scenarios were the sec 4 kids who couldn’t make the grade – it was too late to transfer schools and study a completely different syllabus for the ‘O’ levels. What route could they take then? Poly? Drop out and take ‘O’ levels as a private candidate? Graduate with just a PSLE certificate? It was an untenable situation. I say this with first-hand knowledge because Lesley-Anne was from a branded secondary school and during her time, it was pure IP, with no ‘O’ level classes. There were students who couldn’t make the grade and quietly transferred out to different schools, whichever would take them. At the sec 4 graduation ceremony, some students went up on stage to receive a fake scroll, bitterly knowing there was a chance they might not graduate. It’s sobering and horrible and nobody talks about it.

So these top schools which previously didn’t have ‘O’ level classes, came to realise that they were not doing right by these students. They had no choice but to open up ‘O’ level classes for the kids who really couldn’t cope. It was with good intentions. However, it’s laughable to call schools like RI “dual-track” schools because they’re not. A dual-track school is one like ACSI, Victoria/Cedar or SJI where there are two distinct tracks from the start – IP and ‘O’ levels – and students can move from one track to another at sec 3, depending on their performance. In these schools, teachers are trained and curriculum designed specifically for these two very different tracks and there is a sizeable student enrolment in both.

In schools like RI however, the ‘O’ level track is not a real option but a last resort for the students whom the teachers feel are not equipped to continue with the IP. In fact, many kids may be borderline cases but the schools often try to keep everyone in the IP (it’s that or admit that the IP is a sham). The ‘O’ level class is a no-choice situation to at least try and give the failing students a decent qualification. That’s why there were only 10 RI students in this class, out of a cohort of maybe 400 or so (I don’t know the exact numbers).

In other words, the 10 RI students were already struggling academically. That’s why they were in the ‘O’ level class. I also wonder how familiar the teachers were with the ‘O’ level syllabus as they were all trained for the IP curriculum. Was it any surprise then that the students didn’t do well in the ‘O’ levels? It’s not fair to compare their performance with the ACSI or SJI ‘O’ level cohort because the circumstances are completely different.

So what’s the lesson in this whole saga? I loathe to add to the very judgmental “oh, RI is falling from their pedestal!” sentiment. I feel sorry for the students. They probably feel badly enough, first at being downgraded to the ‘O’ level class, then having to deal with the results. They don’t need to be known as “the RI kids who failed”.

For me, if there’s anything to be learnt, it’s this: don’t get starry-eyed by the brand name of a school. Schools only share their glory-makers, their top-scorers, their Ivy-league goers. They never tell you about the ones who don’t make it. And there are ALWAYS those who don’t. Every cohort, every school, not just RI. People don’t hear about them, except in whispers, because the parents and students are likely too ashamed to advertise their situation. And it suits all parties involved – the students, the parents and the school, never to speak of them.

Getting into a school is the starting point, not the destination. Otherwise, it’s like thinking you’ve seen the Eiffel Tower in Paris when all you did was board the plane at Changi. If your child is not of that calibre or suited for a highly competitive environment, getting into a top school can have disastrous outcomes. It is not a guaranteed route to success.

Nobody thinks it will happen to them but guess what, it always happens to someone. Know your children and ask yourself if they will truly thrive in that sort of environment. Don’t let them be victims of your own ambitions. 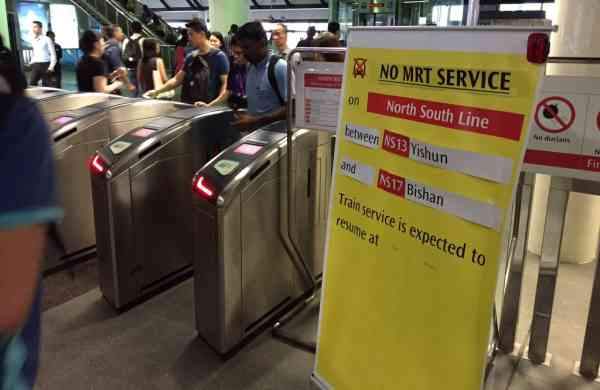 Have You Seen My Childhood?