I came back from my In-Camp-Training this evening after another fruitful day in green, only to be informed of a posting on the Fabrications about the PAP facebook page alleging that the Aljunied-Hougang Town Council’s cleaners had left a mess at the bin centre “for weeks”, or more precisely, "left to rot. For weeks". I messaged the Town Council staff for their side of the story. In about half an hour I received some pictures and a reply, “the cleaners were breaking and clearing bulky items into skip tanks. This is done almost on a daily basis during this period. The Bin Centre area is always cleared everyday and not as reported.”
A bit of background on this matter is in order.
After Mr Low Thia Khiang was elected by the residents of Hougang as their MP in 1991, he observed a sharp rise in the indiscriminate disposal of bulky items and furniture at the lift lobby and common areas of Hougang estate in the run-up to the Chinese New Year period. As it is not auspicious to clean one’s house during the festivities proper, Chinese households begin spring cleaning earlier and Mr Low wanted to initiate a better system for the cleaners to manage the regular cleaning work along with this additional work in the run-up to CNY. He devised a policy in Hougang SMC which the Aljunied-Hougang Town Council has continued to this day for the convenience of all residents.
A few weeks before CNY, a section of the void decks of almost all the 600-odd blocks in AHTC town are cordoned off for residents to dispose their bulky items in a central location. The cleaners will then collect these items, break them up and dispose them. At times, the bulky items are excessive and the skip tank cannot hold them all. These are then put aside for disposal when the skip tank returns for another run, but not as long as dishonestly alleged. 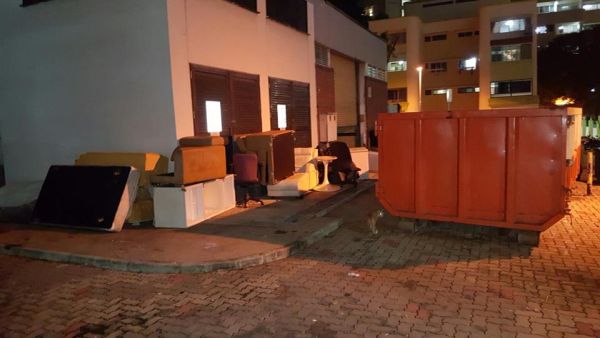 The FAP post got me thinking about MSF Minister Tan Chuan Jin’s facebook message of 16 Jan 2016 about how a website misrepresented the comments of a NUS academic on the CPF policy. The Minister said, “Again. Not surprised. But what was surprising are those who chose to share the offending articles without reading or finding out what she actually shared. Perhaps I shouldn't be surprised either… And of course those who jumped on the bandwagon to slam.”
Are you surprised? Probably not.
Share