On May 2014, my sister had a shotgun marriage with this guy and he had been living with us since their dating period, the first few months their marriage was stable, my parents even got him a job with stable income and if he work hard he don’t have to worry about any financial issues. But ever since he start staying with us he never contribute a single cent to the family’s expenses once from food to toilet paper all bought by my parents.

My parents had even taken care of their wedding matters (wedding grown, studio, banquet, etc.), without a single help and not a single cent from him or his family. My parents even offered them to stay with our family by not been asking a single cent.

During my sister’s pregnancy, all the tonics before and after delivery, maternity dress, hospital admission, confinement were arranged and paid by my parents. After delivery, he started to give baby allowance of $1K monthly (including milk powders, diapers, doctor consultations, transports, clothings and etc). Besides the 1K baby allowance, my sister who had stayed home taking care of the baby had $0 allowance and he not even bother to buy a single bread for her lunch, even my parents had told him so.

Middle of the nights, while my sister was making milk for the crying baby, he don’t even bothered to wake up to carry or to calm the baby and at times he just covered his ears with pillow. When my mum woke up for the crying baby, she told him that he must help out with the baby crying. He answered my mum that he was working during daytime so he’s very tired and got to work the next morning. My mum told him that she was also working and she don’t understand why she can wake up and he can’t, furthermore, the daughter is his not my mum’s. He can’t let my sister taking care Alone of the baby 24/7 without relief, when he worked he do had an hour of lunch break, then what about my poor sister (he heck care).

Few months later, he claimed that he needed to stay in office for OT (the company said no such thing ) and due to baby he had to work part time for extra. Both my parents, his mother and him had a few meeting together (due to his affairs, stealing and loans issues) also calculated that he will earned at least 6K per month including his daily part time midnight work, but the baby allowance still remains as 1K and not a single cent to my poor sister. My sister found out that he used his mobile to look for prostitute for sex, communicated with “girls” using very disgusting words and also acting as a Sugar Daddy.

We even noticed that he wanted to borrow money from his colleagues. We realised he had stolen my sister’s wedding gold accessories, their daughter’s gold necklace, bracelet and even my mum’s diamond ring (but he shouted loudly and denied during the parents’ meeting). We received Pawn Shop’s reminder letter as proofed. Because of him, our parents had even bought a big safe and fixed CCTV for our peaceful family. He’s that desperate for money till he even cursed his grandfather and mother by saying they were in ICU and needed CASH to pay for their hospital bills.

By giving him more chances, my parents even engaged a helper to look after the baby, so that my sister able to work and they enable to have a better future. My sister had also decided to forgo their HDB BTO for selecting flat.

He had been asked to leave our house for both to reconsider of their marriage by my parents on September 2015. The next day, he changed his facebook status as divorced. He had been acting from bad to worst that he slept during daytime and once woke afternoon will just left the house (so called for work). The way he shown that he loved his baby was shouted loudly of his baby’s name once or twice and that’s it. He claimed that he changed his job, working as a Operation Executive at a Logistic company and the vessels might sometimes arrive during midnight, so he’s needed on standby at the port. After leaving our family, to-date (From Sep 2015 to Jan 2016) he only gave $1,000 of baby allowance ($500 his mum loan from his brother in law and $500 from him) to feed the child and never once he asked or visit his daughter (even his mum told him that his baby was sick and admitted to hospital). Yes, he did given cheque to my sister, but was Bounced.

I believed the mistake that my parents had made was treated him as just like a son of theirs (when their children got to change of new mobile phone, they won’t never missed him out).

My Husband is Having an Affair. Should I Close One Eye for the Sake of My Children?

MISTRESS BOASTS OF STEALING HUSBAND AWAY FROM WIFE & 2 CHILDREN 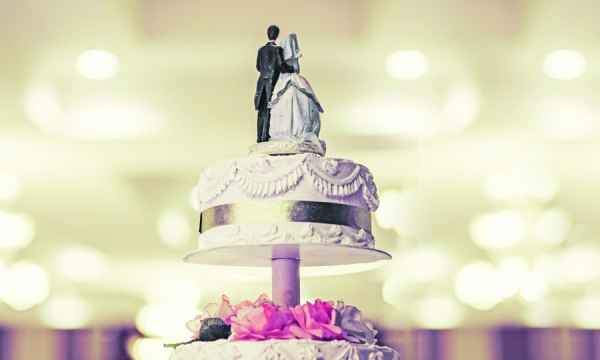