A TRIBUTE TO THE LATE FRANCIS SEOW

Francis Seow, Singapore’s former solicitor general and perhaps, in his short career as an opposition politician, one of the most illustrious, after the late JB Jeyaretnam in his day, passed away on 21st January this year, according to Dr Chee Soon Juan.

In the 1980s, the PAP was on the electoral slide. It used to garner on average 75% of the national vote in the 1970s. However, the 1980s proved to be a new period in Singapore politics. JB Jeyaretnam won Anson in a by election. In the following general election, he successfully defended his seat and another opposition politician, Chiam See Tong, was elected. The highs of the 75% victory margins plummeted into the 60s range. The PAP’s electoral results went from bad to worse. By the 1988 general election, it secured only 63% of the popular vote, an all time low since independence, at that point in time. By the 1991 general election, the number of votes the PAP managed to win was an all time low of 61%.

I believe that if Lee Kuan Yew refused to step down as prime minister, the PAP would have eventually been forced from power. The public wasn’t blind to the excesses of his administration and the melting pot of extra-judicial detentions, defamation suits, name-calling and open slander Lee readily wielded against opposition figures and the vindictiveness in the way constituencies who voted against the PAP were treated, such as denial of proper facilities for opposition elected MPs to meet their constituents and withdrawal of government amenities and services. The PAP’s vote percentages were freefalling and the public made clear its dissatisfaction by even voting in moderate candidates from Chiam See Tong and his then-SDP slate.

It was in this period that Francis Seow began his political career. He is an eloquent person, in his words and expression. His writings are often entertaining, compared to the bland platitudes from the PAP bureaucrats and the PAP-written textbooks extolling the virtues of “good governance”. If he were in the West, he would have been a successful politician, certainly a parliamentarian, or a member of a legislative body, an elected governor (in the United States setting), or perhaps even a prime minister, president or chancellor. His dip into opposition politics began as law society president, which was an irritant to Lee Kuan Yew. Lee, as usual, wielded his knuckle
dusters by first attempting to bully and intimidate Seow, on national television, and Seow had the honour of being one of the few who successfully stood up to Lee Kuan Yew in the public spotlight. As was typical of Lee Kuan Yew in the 1980s, if he can’t put down troublesome opposition politicians with words, he does it with the law and his kangaroo parliament and try to sprinkle the gloss of “public good” over it. With that, the law society was muzzled by the rubber stamp parliament, and today it is now an institution that does the dirty work of the PAP, as seen in the way it has treated and is now treating human rights lawyer M Ravi.

It did not end there. Francis Seow was subsequently detained under the internal security act, on the made-in-fairytale land grounds that he “received money from the United States to promote democracy in Singapore”. Somehow, the PAP forgotten completely about the line in the national pledge to “…build a democratic society”. Somehow, the supposedly brilliant Lee Kuan Yew, possibly, the most brilliant and the next best person after Jesus Christ, as insinuated by PAP propaganda, suddenly could not differentiate the USA from the USSR, or Reagan from Gorbachev, who was planning a global communist revolution, and who wasn’t. For all the talk of being a first world country, Lee acted much like a third world revolutionary despot such as but not restricted to, Mugabe,Kim the grandfather, son and grandson of North Korea and the Soviet politburo who would persecute their opponents on charges that they were American stooges. But that did not scuttle Francis Seow. He campaigned in the 1988, under the WP’s ticket, in Eunos GRC, parts of which are in today’s Aljunied GRC, where he attracted large crowds by his eloquence. His team fell shy of claiming Eunos by only a 1% margin. He was subsequently harassed by the tax collectors, charged on what I believe to be false charges of tax evasion, and when a jail term loomed, forced into exile, where he passed away. It was reported that Lee Kuan Yew postponed the opening session of the new parliament, so as to get a jail term imposed on Francis Seow, depriving him of his NCMP seat.

Besides the 2010s, the 1980s was one of the most illustrious periods for opposition politics, and also the most tumultuous. Lee Kuan Yew, for the first time, was outmatched by the likes Francis Seow, Devan Nair and JB Jeyaretnam, who unlike the violent, disruptive and slogan mongering communists of the 1950s and early 1960s (Note: I am not referring to some of the detainees of Operation Coldstore, who were jailed on what probably was trumped up charges of being communists), were eloquent, non-violent and knew how to play the constitutional and democratic channels. Lee Kuan Yew had met his match and he was not about to go down without a fight. Devan Nair was unceremoniously shamed as an alcoholic who could not manage his family issues and resigned from the presidency, when in all likelihood, he was pushed from it.

JB Jeyaretnam was framed by Lee Kuan Yew for not properly reporting the WP’s accounts and jailed, which caused him his seat in parliament. He was subsequently sued for “defamation” by Lee, when Jeyaretnam asked a question of public interest at an election rally – how did Teh Cheang Wan get the poison, which was a banned substance in Singapore, to kill himself, an an explanation and an investigation from the government on this matter, and bankrupted. He and Tang Liang Hong were smeared and removed from the political scene for good in the 1990s and 2000s. The privy council, the last viable check against Lee’s administration, was removed from the legal system the year after it found that Jeyaretnam was framed. A similar fate befell Francis Seow.

The abrupt end to the career of Francis Seow, like JB Jeyaretnam and Devan Nair, put an end to the blossoming of liberal politics in Singapore. For almost two decades, and two general elections that followed, in 2001 and 2006, the opposition was a shadow of its 1980s self, struggling for its existence and credibility, de-fanged with the loss of Jeyaretnam and Seow. Many attributed the beginning of the oppositions’ long walk in the wilderness to the implosion within the SDP in the period between the 1991 and 1997 general elections. But, certainly, I believe, that with Jeyaretnam and Francis Seow in parliament, and Devan Nair in politics, the opposition would still have held its own instead of having all its eggs thrown into Chiam See Tong’s basket. It would continue to attract and inspire people to be involved in opposition politics. The PAP would have been taken to task about its transport, CPF, immigration, welfare, education, grassroots and housing policies, laying the groundwork for the opposition of today.

The sacrifices of the 1980s generation was not in vain.The opposition is now stronger that what it was in the 2000s. Eventually, the day will come when the vision of a liberal, tolerant Singapore, which Jeyaretnam and Francis Seow envisioned, will come to past, sweeping the Singapore built on Confucianism, dishonour and authoritarianism, into the dustbins of history.

Rest in peace, Mr Francis Seow. May history be kinder to you than what it was to Lee Kuan Yew, and may history eventually do you and those of your generation justice. 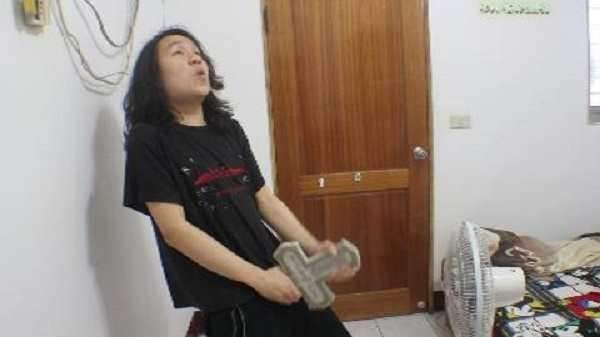 AMOS YEE IS BACK! PROMISES TO F**K CHRISTIAN SCUMS IN THE ASS!