When the Housing Development Board (HDB) first issued its comments about an ongoing saga, where a resident had detected over 100 defects in her newly built Built To Order (BTO) home, it probably did not expect to be at the receiving end of a torrent of netizen outrage.
The comments which stoked netizens were reported by Channel News Asia on 20th December.
In its media statement, HDB says it applies a stringent framework of quality assurance and checks to ensure that "quality flats" are delivered to home buyers. It added that the bulk of complaints received pertained to "surface imperfections" such as hairline cracks, scratches on timber flooring or uneven tile joints. HDB says that these can be rectified easily and quickly, and do not affect the structural integrity of the building.
Apparently, netizens were not pleased with HDB's reply. Netizens flooded the Channel News Asia Facebook post with angry comments to express their displeasure at HDB's dismissive attitude towards its poor quality workmanship.
Read a sample of netizen's comments here. 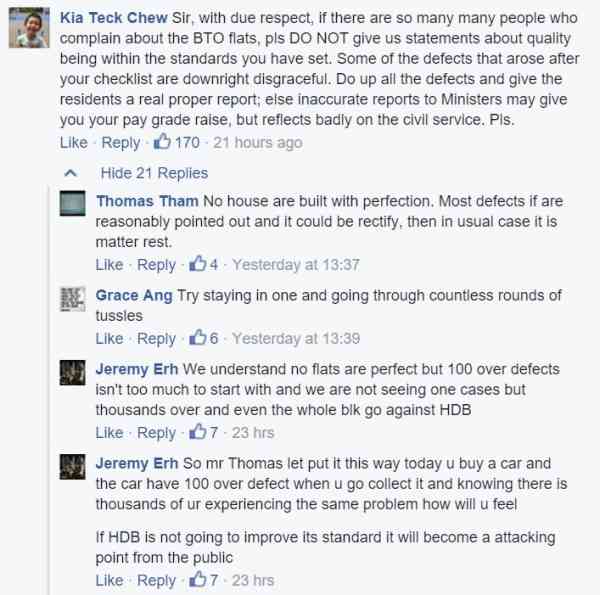 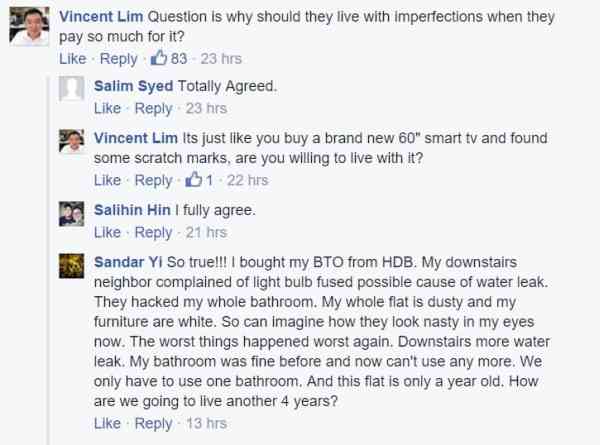 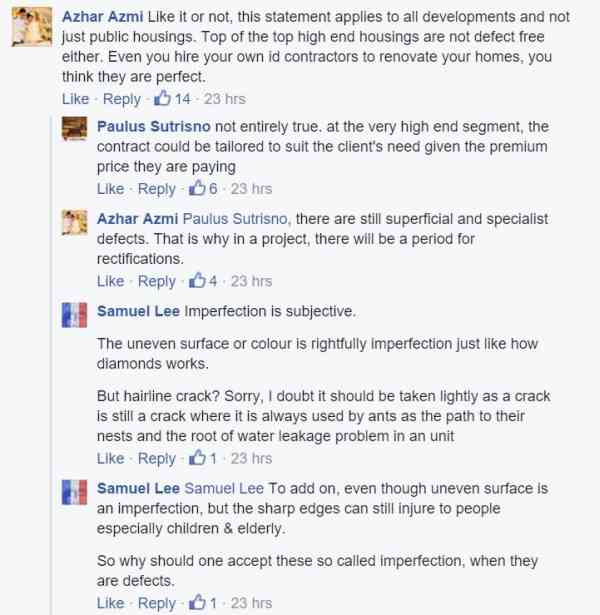