Dear All Singapore Stuff,
I write to you because HDB is not doing their job.
Despite informing many times about illegal subletting of our HDB flats by foreigners, they have not gotten back to me and have refused to give any updates on the progress of their "investigations".
This filipino is the latest one I spotted online! He is confirmed a foreigner who cannot sublet a flat as he can't even get S pass. This is clear violation of Singapore law! 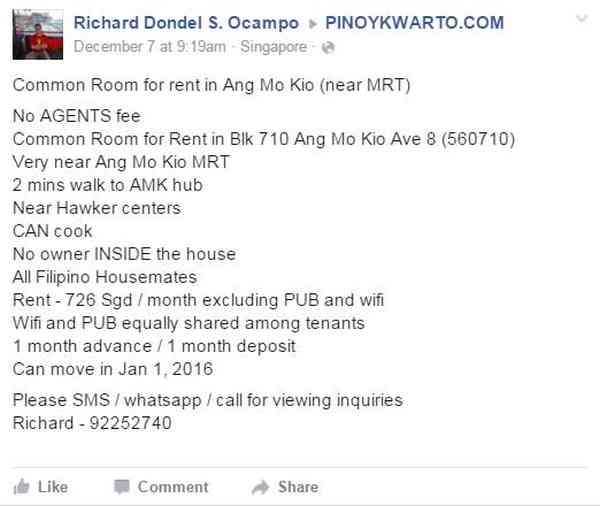 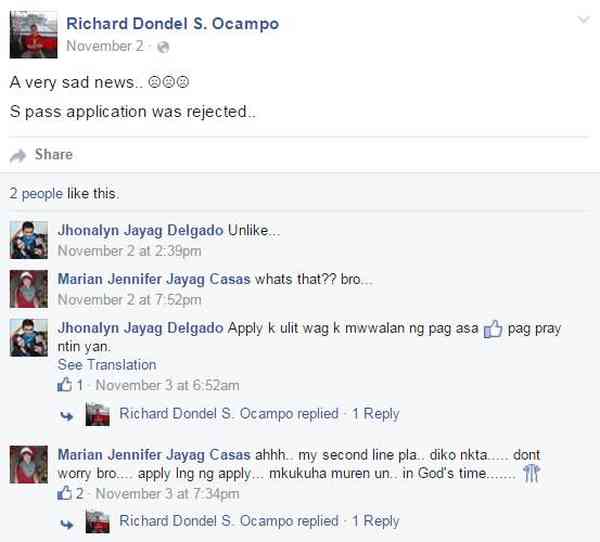 I have no choice but to blow up the matter to social media and Facebook and let everyone know how HDB shortchanges citizens. They will only act against local citizens who illegally sublet homes, but will not act against foreigners. What a jokes!
This is the reason why I voted against PAP last election, and will never vote for them in any election! Can't even control the government workers, how to control the country!?
Cornelius
A.S.S. Contributor
Share