ITE, poly fees increase as much as 8%

I refer to the article “ITE, poly fees going up for new students” (Straits Times, Dec 9).

It states that “Tuition fees at these institutions have been raised by between 1.2 per cent and about 8 per cent.

Tuition fees for polytechnics and the ITE have been going up in the last few years, but the spokesman stressed that the Government continues to subsidise heavily the cost of education at these institutions, even after the fee increases.

For instance, it extended bursaries to families with a per capita monthly household income of $1,900 last year, up from $1,700, allowing more students from lower and middle-income households to benefit.”

Also, according to the article “S’pore Polytechnic grads’ fund helps needy students” (Straits Times, Aug 9, 2013) – “Mr Tan is one of the first 25 financially needy students to benefit from the fund, which was established in July last year by school alumni to help students who have fallen through the cracks of existing bursary schemes.

They received the fund award last month and will have a bursary of at least $1,800 each year.

Less than half of needy students get help?

The school is only able to help fewer than half the applicants who require financial assistance every year.

Many cannot benefit from the other financial schemes because their academic grades do not meet the requirements.”

Why less than half helped?

In view of the above, why is it that “The school is only able to help fewer than half the applicants who require financial assistance every year”?

What is the total number of students in the polytechnics who apply for bursaries?

As the subject news report pertains to only the Singapore Polytechnic, do the other polytechnics have this similar issue?

Previously 4 in 10 bursaries went to foreigners?

But S’pore students come first, it says in response to some rumblings.

Previously only 46% of needy students get bursaries?

NUS came under fire last year (2012) when it revealed that only 492 out of 1,074 bursary applicants had received funds. It responded by pledging to top up alumni donations with its own money.”

So, does it mean that things may still not have improved much for needy Singaporean students now vis-a-vis university students in 2006?

I estimate that we spend about $400 million a year to fund foreign students and permanent residents (PRs) on scholarships and tuition grants in our educational institutions at all levels.

If we can spend so much on foreign students, why are we apparently so stingy in helping Singaporean needy students in the polytechnics and ITE, on top of fees that “have been going up in the last few years”? 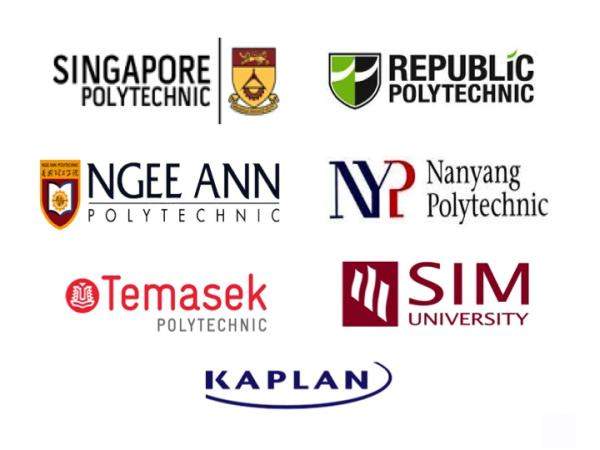 POLY STUDENTS NOT EQUIPPED TO DO WELL IN UNIVERSITIES