MARRIED MAN WITH 4 KIDS BREAKS UP ANOTHER FAMILY

A reader has shared a Facebook post by a netizen whose family was broken up by the actions of his unfaithful wife. According to the netizen, his wife had an affair with a married man with 4 children. Even after the affair was discovered, the man continued to pester his wife and send her messages telling her that he misses her. When the netizen showed evidence of the man's infidelity to the man's wife, the man even challenged the netizen to a fight before chickening out and resorting to reporting the netizen to the police for harassment.
Read the netizen's account here.
Everyone beware of this mother f*cker name Ray. He want famous and I shall made him famous.
Married with four kids and still keep pestering my wife to break up my family. I used to have a good family with 2 kids but his action had mess up my family life.
I just went to his house and show everything to his wife. Same old story, call me at 2.30 till now still never see him and challenge me again to wait for him at my place. End up call him at 3.30 admit he is Ah Gua and now in police station making a report. Shame!!!!
A big coward who dare challenge but end up call police. Anyone who tends to know this f*cker beware of him and hope his wife can really wake up to know her f*cker husband character.
Keep telling me nothing but end up still sending all this msg. Let's all be the judge to know this f*cker well. Bring shame to all his family member for breaking other family. 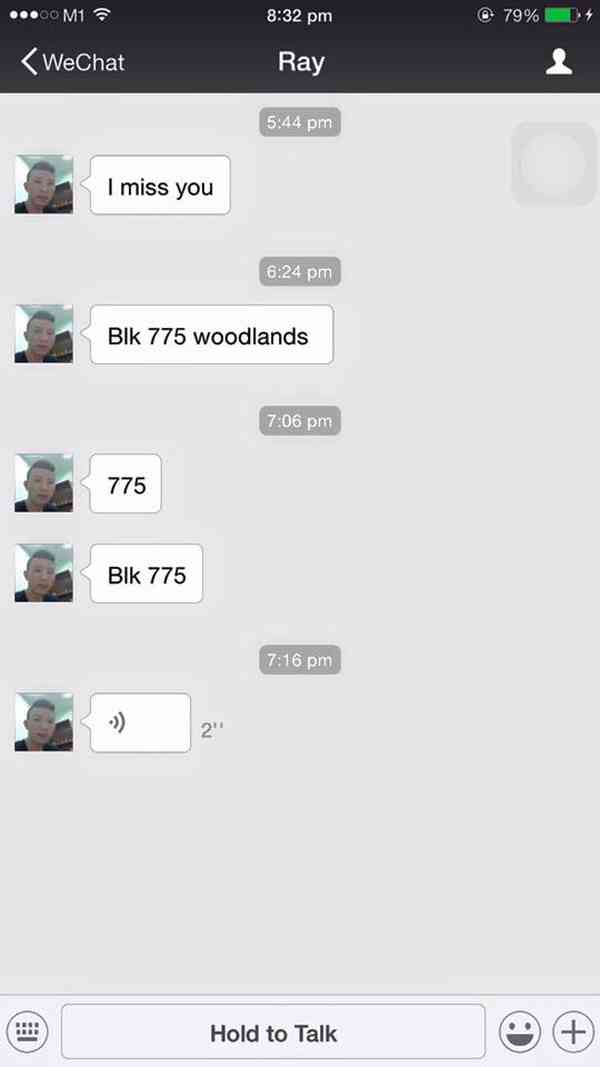 Our government want to promote our UNESCO food culture but fail to truly help stall owners. Why can't they reduce costs or lessen their burden? Why is it so difficult?