Dear All Singapore Stuff editors,
Please refer to the attached screenshots taken from hardwarezone forum. PAP shames residents on Facebook for not voting for the Lift Upgrading Programme (LUP). They exposed the block address and indicated that it is the residents on the uppermost floor who are most uncooperative. Then they tried to use emotional blackmail, implying that the residents don't care for the elderly. Ended off the rant by saying that the MP is feeling frustrated with the residents. In the next facebook post, they said that one block will need "divine intervention" before the residents get their lifts upgraded.
Maybe PAP should subsidize the Lift Upgrading Programme so residents won't have to pay so much?
It is fair to say that residents shouldn't have to pay so much since it's HDB's fault in the first place. The PAP government always says they have the foresight, so why didn't they foresee that they will need lifts at every floor?
'If only they think of the needs of the elderly….' Sounds very noble.
Now that the oversight has occurred, they just blame residents for being selfish and not concerned about the elderly. But why didn't PAP think of the needs of the elderly at the very beginning? If this MP cares so much about the elderly, I'm sure his MP salary is more than enough to pay for the upgrading of the lifts. If he is truly concerned about the elderly, he would not be using emotional blackmail to force the residents to vote for the LUP when they are mostly unable to afford it.
As many residents have said, they are young and able to cope without the upgraded lift, so they really do not see the need of paying additional costs that do not benefit themselves. All the reasons given by the residents were reasonable and are worth considering. The cost should also be divided equally among all units and not differentiated by flat size. Stay 4 room flat means take lift more often than 3 room flat ppl ah?
Those residents did not opt for the LUP programme for the lifts upgrading as they have to fork out additional money (either in the form of cold hard cash/CPF) for it. Does the MP not know that some of his residents in those blocks may have financial difficulties and that is why they are reluctant to accept the LUP?
It is a democracy, so please respect their votes. What is the point of conducting voting for LUP when PAP is going to conduct a revote when they don't get their desired outcome? It's a choice that is no choice at all!
Perhaps the MP needs to wake up and realize that he is no longer a discipline master in a secondary school. He is a public servant and should respect the voters' decision. Where is the humility and respect for differing views? Shaming his own residents and exposing them to the risk of harassment by their neighbours is a low blow. 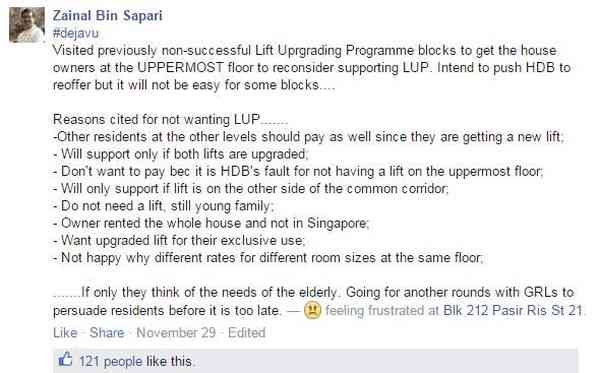 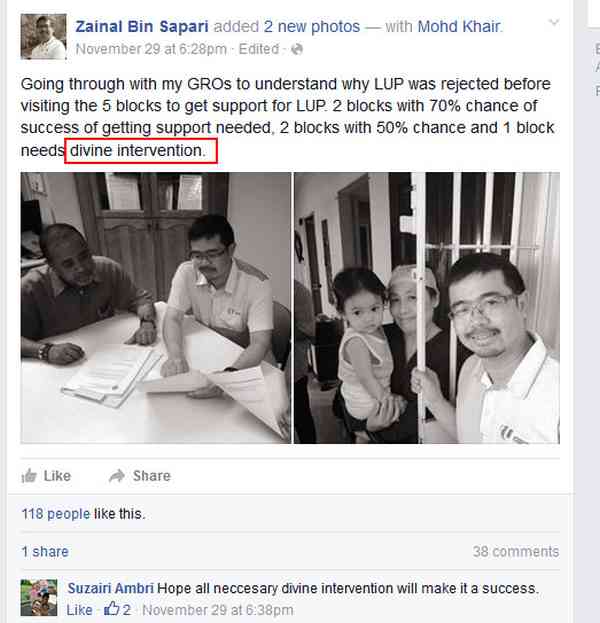