I would like to report a stampede that occurred during the firewalking ceremony outside south bridge rd Sri mariamman temple on 1st Nov 2015.

Unfortunately my father was the victim of the stampede and have sustained injuries in neck, spine, arms and legs.

He was queuing behind the barricades along Pickering Street and was almost ready to proceed into the temple to fulfil his prayers. Devotees will be released in batches to participate in the firewalking. Most of the devotees in his batch were indian workers. They were displaying aggressive behaviours such as pushing, pulling, kicking, shouting, elbowing etc just to get to the front of line.

When the barricades were opened, the devotees pushed my old aged dad. He got his leg stucked in between the barricade and fell on his chest. A barricade fell over him and instead of stopping to help many walked on him. My father was in a bad shape and was brought to SGH via ambulance. Thank God he survived with just injuries.

Most of the temple volunteers were foreigners and untrained. They were too afraid to handle the aggressive crowd and displayed poor crowd controlling skills.No police were stationed at those points to ensure safe and smooth movements.

My father have been participating in firewalking the past 35 years and this is the first time he experienced first hand stampede and currently in a state of shock. We as family are totally disappointed with the committee members for organising an event with no proper safety protocols that endangered an old man’s life.

Many devotees felt it was really scary to be caught between an aggressive crowd and nothing was done by the managemnt to filter it.

I called Hindu endowment board to report the incident a couple of times. They informed Sri Mariamman temple management to contact us but sadly my father’s condition is not important to them that they didn’t contact us till now. Their ignorance have pushed me to social media.

This firewalking ceremony is not free of charge. All devotees are paying for a ticket to fulfil their prayers. Therefore we expect the management to give importance to the safety of all devotees. This incident definitely questions the safety of devotees. 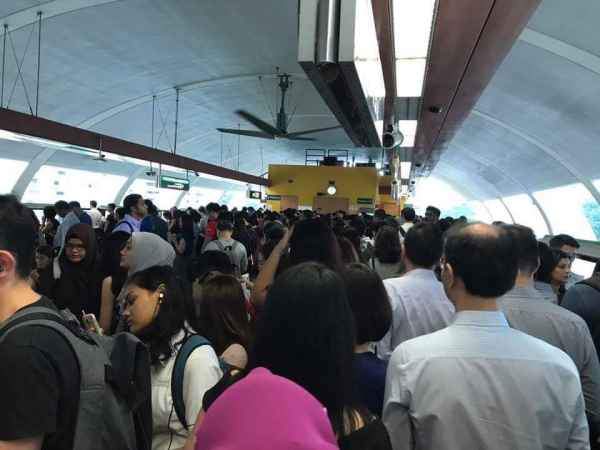