Another worm was found in a Mcdonalds' food product yesterday, this time in a McSpicy burger. BannyEvans was happily eating his McSpicy when halfway through he saw a worm-like creature in his burger! Apparently he had bought the burger from a Mcdonald's branch in Sengkang. 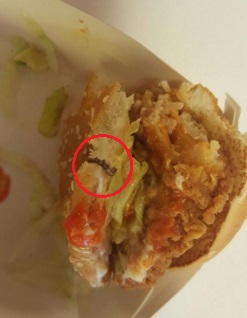 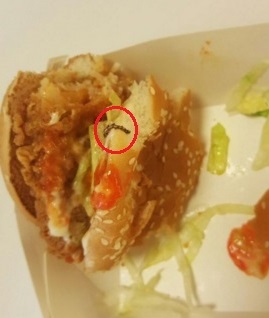 Just 2 weeks ago, maggots were found in a big breakfast set bought from the Mcdonald's branch in Hougang Blk 208. Mcdonald's investigated the incident and found no evidence of pest on their restaurant premises and their supplier's premises, but could not explain how the maggots ended up on their big breakfast set. Now, another worm has popped up in their Mcspicy, do you still dare to eat at Mcdonald's? 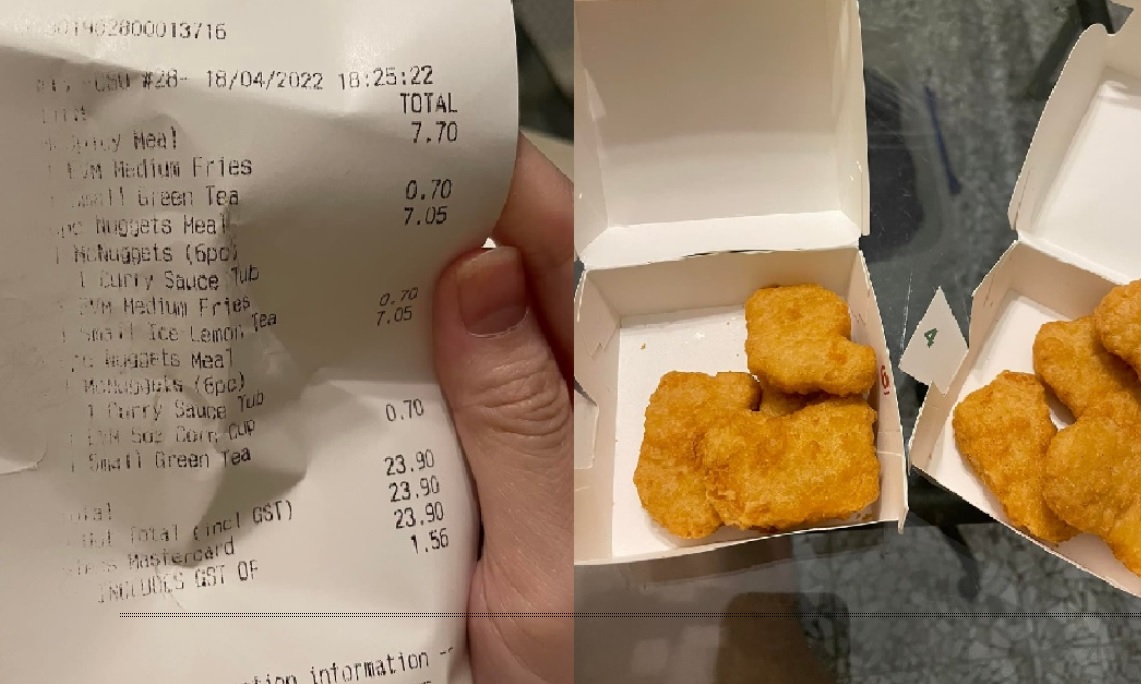