FILIPINO ILLEGALLY SUBLETS HDB FLAT, CLAIMS “EVERYBODY ELSE IS DOING IT”

Our legal whizz has sent us a few screenshots of a Filipino national trying to exploit a HDB flat which he rented for his own personal gain. Little does this foreigner realize that he has just messed with the wrong Singaporean. Worse still, when he realized that he has been caught, he turned defensive and claims that many foreigners are doing the same thing.

Thumbs up to this quick witted Singaporean for exposing yet another foreigner trying to exploit our local housing units. Don't you think HDB should start enforcing its checks more frequently? 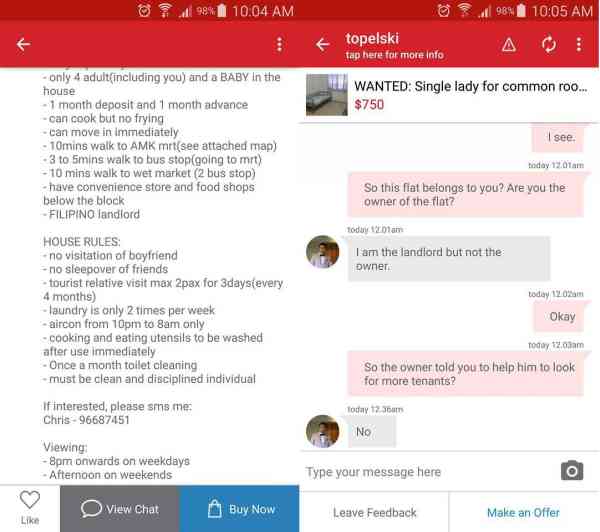 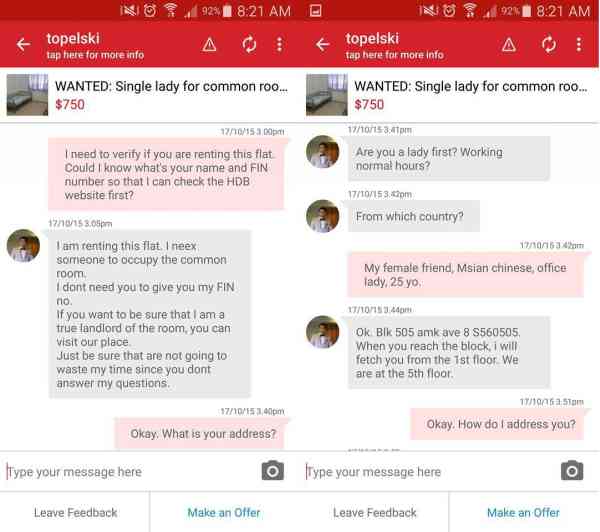 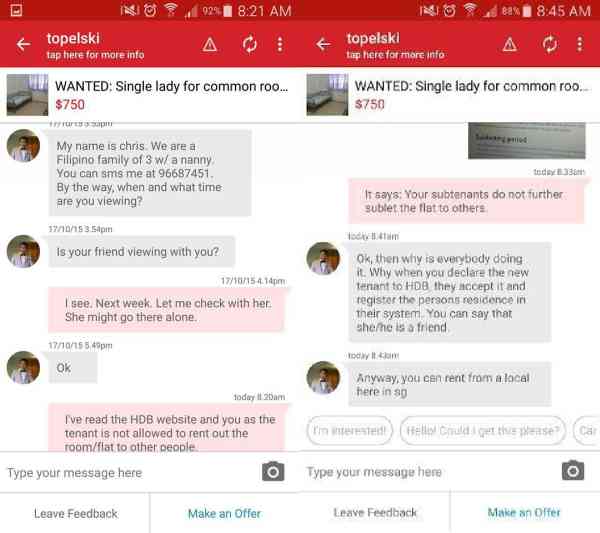