Dear All, please help to share to avoid double standards treatment from ‪#‎tigerairways‬. Dodgy and evasive.
Travelled via #tigerairways on 19th September 2015. Got stopped after checking in at the gate where you show your passport and boarding to the cisco officer. A man wearing black jacket, showing "baggage …. " from #tigerairways stopped me, saying that my luggage exceeded the dimensions allowed on board. Brought me to the counter at the side to check in and was charged S$50. On the receipt, it did not mention that the dimensions were over the limit. It just states that it is 8kgs,(baggage's weight allowance is 10kgs for #tigerairways, which is better than another budget airline). Before he brought me there, i told him that there were a few caucasians (I am not here to offend any caucasians) before me with the same luggage sizes, some bigger i guess and they did not check in. He just told his friend, "Got meh, got meh, never see."
So i moved on with it, and snapped a few pictures of the luggages of the same size, contacted #tigerairways via facebook message as they do not provide an email address on the website.
Below are the conversations between me and #tigerairways. I was nice at the start. Snapped eventually before i came back on the 23rd September 2015 as there are no proper answers to my queries. Answering in a way that is not helpful to the situation as I explained, making me repeating over and over again even up till earlier this morning, no replies from them again. Did not even want to identify him/herself.
Surprisingly, I was allowed on board with the same luggage on the way back to Singapore.
Anyone with a similar experience? Please feel free to share with me.
#tigerairways ‪#‎owned‬ ‪#‎singaporeairlines‬ 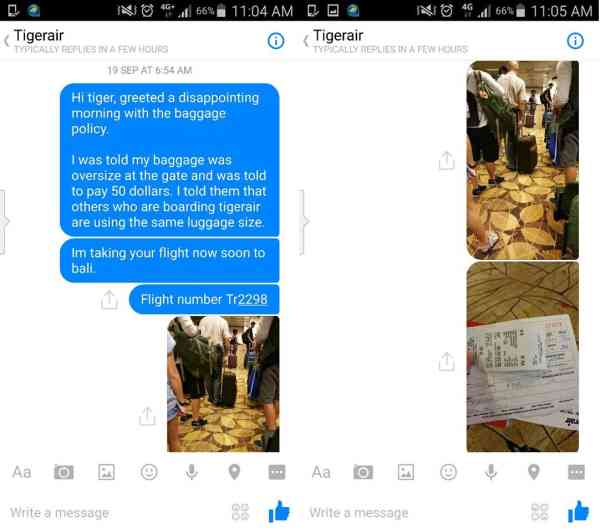 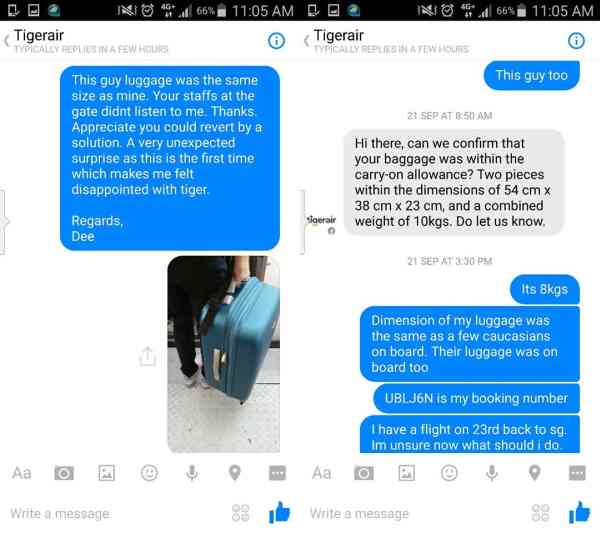 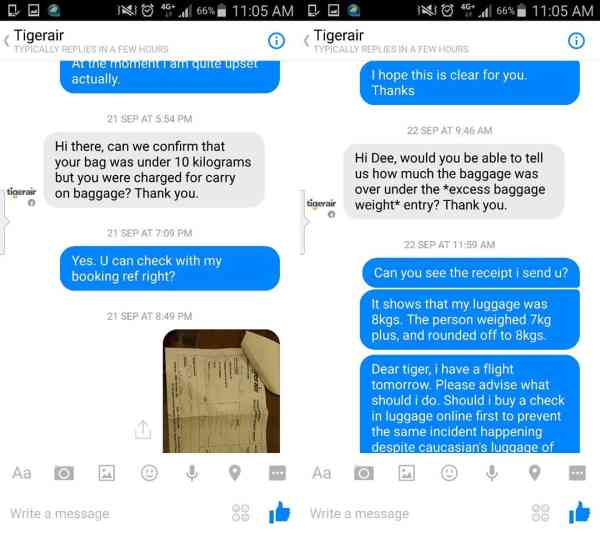 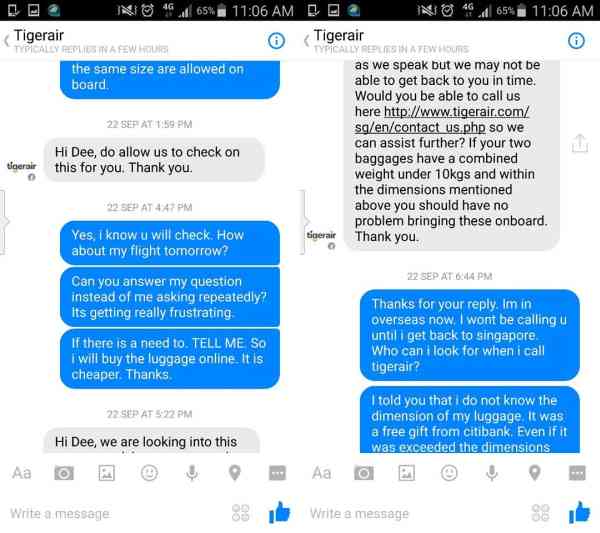 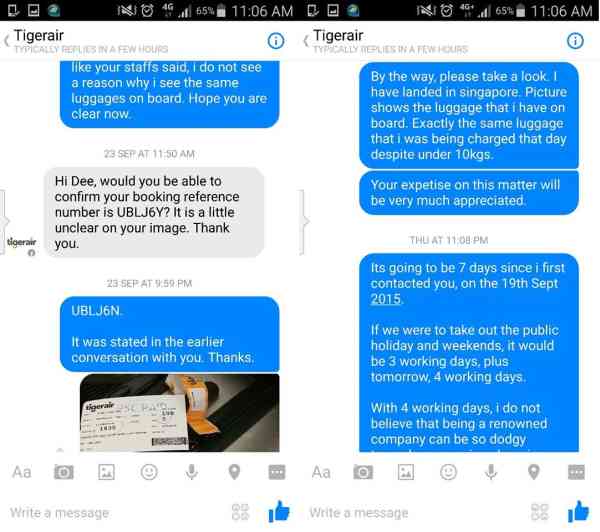 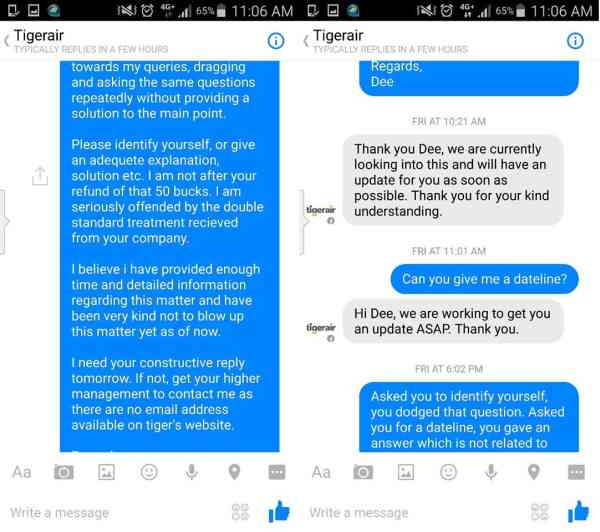 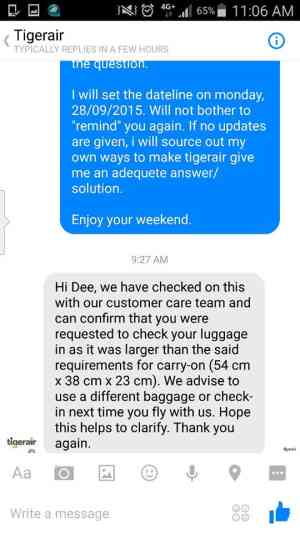