Based on reader contributions this morning, SBS Transit's North East Line suffered a delay for some time around 7.15AM this morning. Commuters who attempted to board the trains during morning rush hour commute found themselves stuck in a growing crowd as the trains were stuck in an apparent standstill.
According to tweets by @SBSTransit_Ltd, a signalling fault was responsible for the delay. Free bus rides were offered to commuters between Punggol and Farrer Park stations. 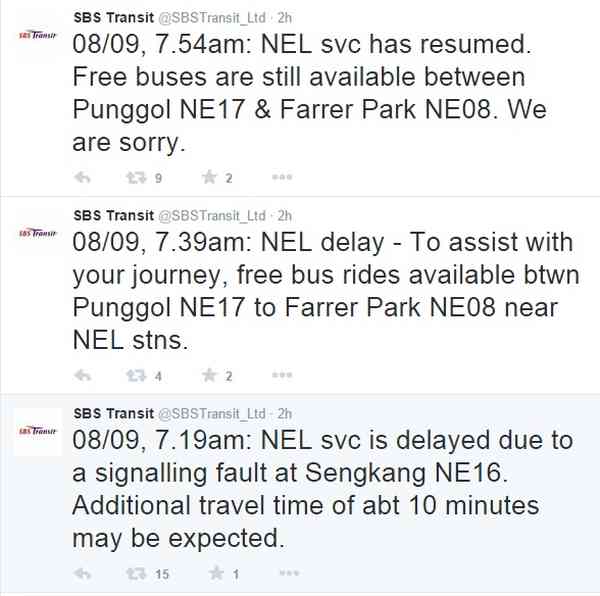 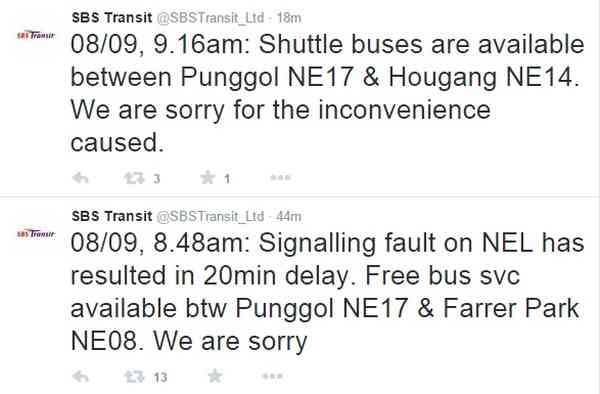