First on our list of fishy politicians is none other than serial party-hopper Hazel Poa! Did you know that she was a former civil servant in the administrative service before she started her political journey with the RP? But just 3 months before the 2011 GE, she quit RP to join NSP!

Barely a month after the elections and only 4 months as a NSP newbie, she was anomalously elected to become the secretary-general of the party! Talk about a quick ascension! Even Lee Hsien Loong had to wait 20 years before he was elected as sec-gen of the PAP! The next 4 years she was in a bit of a ding-dong for the post of NSP sec-gen until just before this GE, she decided to quit NSP and join SDP!

One can't help but wonder if there's a trend of her jumping ship from one party to another just before a GE is held…Is she just someone who holds no loyalty to the parties she join, or is she something else….?

Second on our list of fishy politicians is another serial-party hopper Jeanette Chong-Aruldoss! Like our dear Hazelnut, she started her political career in RP before joining in the exodus to NSP and standing under their ticket to run in the 2011 GE. In 2013, she took over the position of sec-gen from Hazelnut when the latter resigned from the post. But being a sec-gen wasn't enough for our dear Jeanette so in 2015, she decided to challenge Sebastian Teo for his position as party president. Too bad she lost the fight and resigned from the party to join the SPP with her tail between her legs.

Our third suspect is the shrilly CPF banshee Han Hui Hui! Everyone knows that in a GE, anything other than a 1 vs 1 fight with the PAP is only going to fragment the opposition votes. Yet, this former Malaysian decided to throw her hat into the ring to contest even though she does not have enough money or the backing of her activist friends who have managed to seek shelter under RP's roof (RP again?? It'll be interesting to see if Roy Ngerng, M Ravi, Gilbert Goh quits RP to join NSP). If even RP doesn't accept her under their wing, it must say alot about her doesn't it? 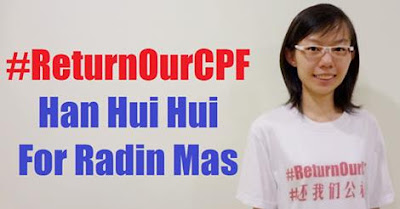 Last but not least, we have Mr. random-independent-candidate-that-popped-out-of-nowhere Samir Salim Neji. Who the heck is he? No one seems to know. He is so unknown that he didn't even have the requisite number of assentors for his nomination! And here comes the twist – his PAP rivals actually offered him their supporters to act as his assentors so that he could put up his nomination successfully! If a rival offers to help you beat him means something is not really right with the situation. Doubt the PAP would help the WP if they messed up their nomination forms. 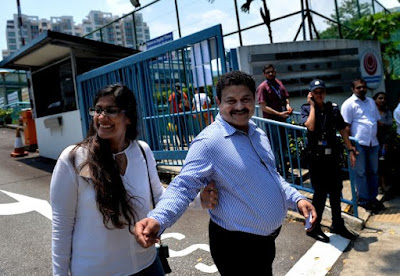 The Judiciary Exists To Keep Us Safe From Criminals, Not Civil Activists, Bloggers, Or Politicians