PARTY POLITICAL BROADCASTS TO BE MADE ON 3 & 10TH SEPTEMBER

The Media Development Authority says air time will be allocated on free-to-air radio and television for Party Political Broadcasts. The amount of air time each party will get is determined by the number of candidates fielded by the party. Parties that field at least 6 candidates will be eligible for air time.
In this GE, the two broadcasts will air on 3rd September from 8PM onwards, and 10th September from 9PM onwards.
The broadcasts will subsequently be made available on MediaCorp's Toggle platform, it added. 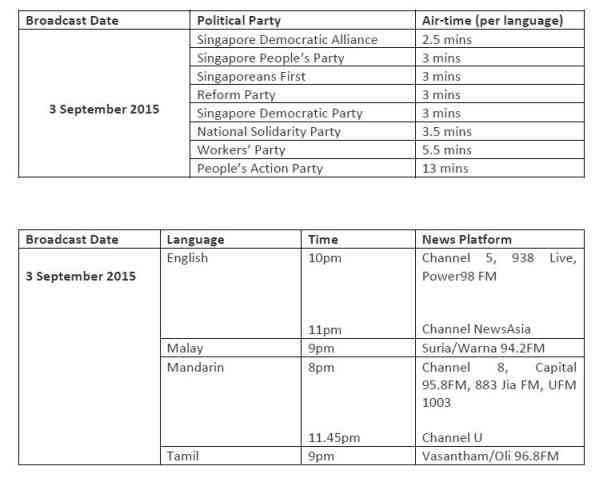 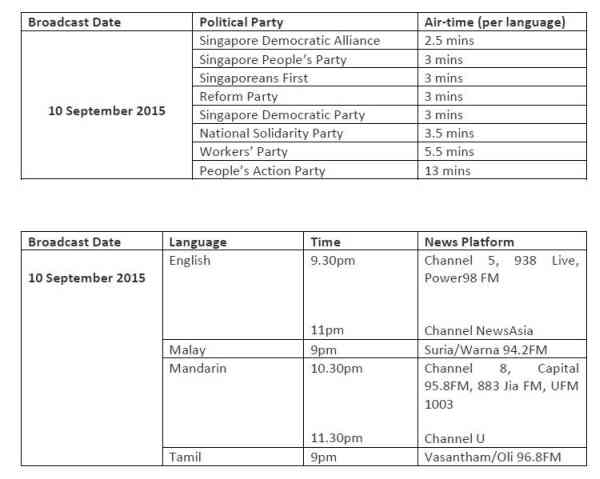