Out of nowhere, an independent candidate popped up to contest the Bukit Batok single-member constituency (SMC). His presence greatly upset some Singapore Democratic Party (SDP) supporters who were expecting a straight fight between their candidate Sadasivam Veriyah and the People’s Action Party’s (PAP) David Ong. This made Bukit Batok one of three SMCs that will see three-cornered fights this general election.

Independent candidate Samir Salim Neji’s nomination attempt was first disqualified by the election returning officers at Keming Primary School which served as the nomination centre for Bukit Batok and three other constituencies. He came to the centre with three other persons, when the rules require that each nominee should present a proposer, a seconder, four assentors, and can also have “one other person” present, making a total of eight persons including the nominee/candidate. With only four persons in Samir Salim’s group, it didn’t look as if he met the criteria.

The proposer, seconder and assentors must all be registered voters in the respective constituency. The “one other person” is typically the election agent who attends to all supporting activities to aid the candidate in his or her campaign.

Jaslyn Go is the SDP candidate for Yuhua

It took only a few minutes for the officials to turn Samir Salim away. A few SDP supporters went over to speak to him, and (I was later told), it seemed that his problem was that his other assentors were either overseas or failed to show up at the nomination centre. I also heard that he had been “in Singapore” for fifteen years.

It should be noted — not that race is any issue here, but just to help understand the next part of the narrative — that all four persons in Samir Salim’s group were non-Chinese.  They appeared to be of South Asian origin.

It wasn’t long before a flurry of conversations occurred among the PAP people in the nomination centre, and ten or fifteen minutes later, fresh documents were brought before the nomination centre officials. It turned out that the PAP had offered three persons living in Bukit Batok to be Samir Salim’s assentors, thus saving his candidacy from disqualification. At the close of the one-hour nomination window, this form was posted for public viewing, showing three Chinese names as his assentors, making the requisite four:

After 12:30pm, the accepted nominees were formally announced, and all candidates had a chance to make a short speech to the assembled crowd, which mostly comprised PAP supporters, with a sprinkling of red-shirted SDP supporters. Samir Salim spoke only in English. “No Tamil?” I whispered, to no one in particular. “He’s from Kerala,” came a reply from a stranger close by. How true that is I cannot say, but I’m sure we will know over the next few days from other sources.

The SDP supporters were quite upset by this turn of events. Their knee-jerk reaction is understandable: they think the third candidate’s presence on the ballot will split the “opposition vote”. First of all, I think it’s a caricature to speak of a unified “opposition vote”, but secondly, I think it can very well be argued that giving voters a choice can’t be bad thing. Of course the counter-point can also be made that if one of the more established opposition parties were short of assentors, the PAP wouldn’t be lending them any, so it’s not as if we can read this gesture from the PAP to be as noble as it may first appear.

Here are a few other photos I took this morning:

Unions come out in support of a PAP candidate 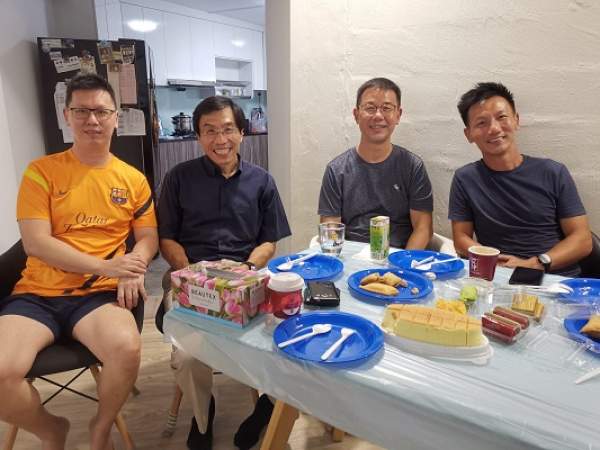 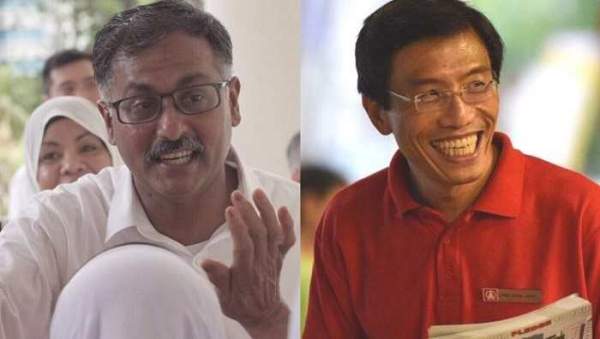 HOW HAS PAP’S MURALI FARED IN PARLIAMENT? DR CHEE A WISER CHOICE ON HINDSIGHT?