Parts of Sengkang West SMC have been absorbed by Ang Mo Kio GRC, in the latest carving of boundaries by the Electoral Boundaries Review Committee.

The area marked in orange, comprising parts of Fernvale and Jalan Kayu have been redrawn and will now fall under Ang Mo Kio GRC.

Meanwhile, the rest of Fernvale and Anchorvale will remain as Sengkang West SMC.

The move has angered residents in the ward, who aren’t happy with what’s been perceived as gerry-mandering. 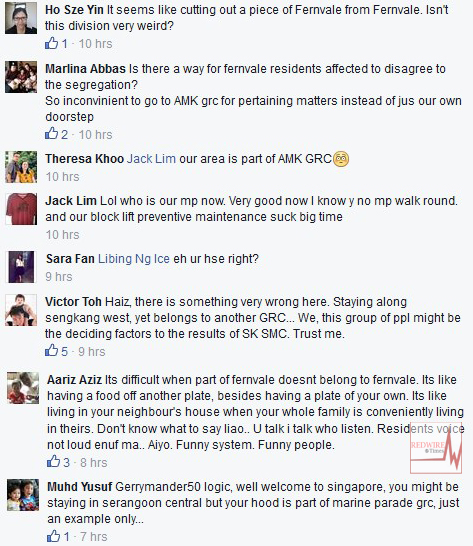 Its’ unclear for now how this will affect the chances of current Sengkang West MP Dr Lam Pin Min, who’s expected to contest in the ward for the coming General Election.

Dr Lam has come under heavy criticism this year for his management of the temple-columbarium fiasco in Fernvale Lea.

Those who had bought BTO flats in the area complained that the HDB deliberately withheld the building of a commercial columbarium from them.

PAP Had No Plans In Place When Introducing PMD Ban Overnight

PMD Riders To Get Their Voice Back At HLP, After Lam Pin Min’s Monologue