SMRT CEO Desmond Kuek's worst nightmare has just come to pass:  A massive island-wide MRT disruption has taken place along the North-South (NS Line) and East-West (EW Line) MRT lines during evening rush hour today.
Netizens have flooded in with angry complaints and reports about their experiences of being stuck in unpowered, dark MRT cabins for close to 30 minutes or having to endure long, snaking queues outside of the MRT stations along the NSEW lines.
"I was riding in the cabin when the MRT suddenly started to slow down," said a commuter, Terry. "Then suddenly the lights, air con and engine shut down. It got quite stuffy and hot inside the crowded cabin, and some people got quite frightened because the train did not move and there were no instructions from SMRT staff." 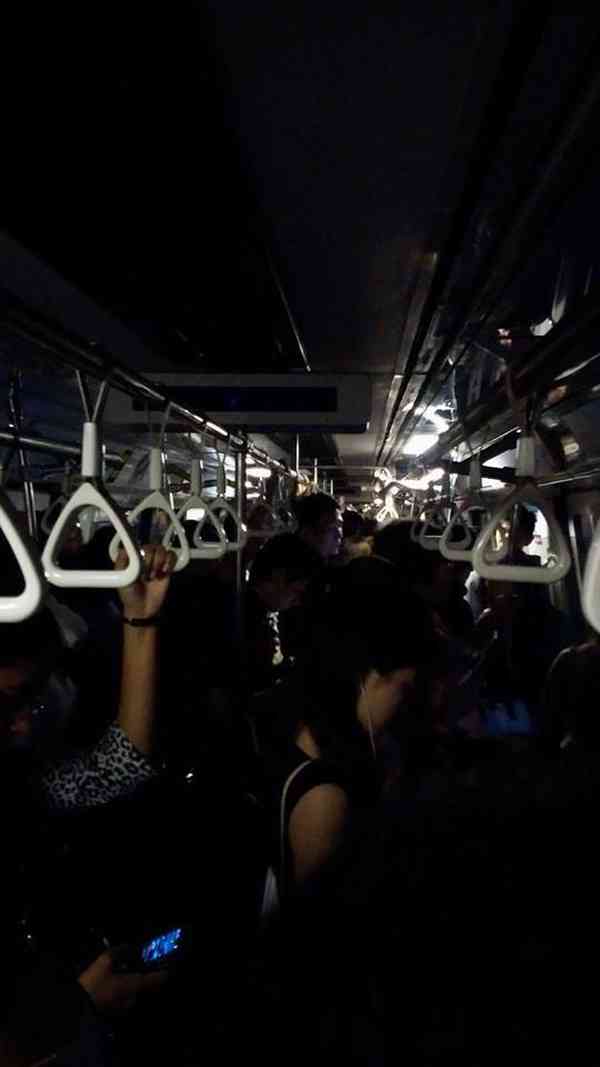 According to SMRT Corporation's official twitter page, a "power fault" halted trains along the Clementi – Joo Koon (EW Line) and Marina Bay and Bishan (NS Line) stations at about 7PM today. By 7.24PM, SMRT realized that the breakdown had extended to all stations along the NSEW Lines and began offering free bus services to its angry and frustrated commuters. By 8PM, it urged all commuters to avoid using the MRT lines for their commute home.

By 9PM, SMRT announced that it had just completed its tests on the EW line and would try to resume services soon. As of reporting time, train services have yet to resume.
The breakdown comes as a slap in the face for SMRT CEO Desmond Kuek, who attracted a hailstorm of criticism last month after a news report revealed that he was SMRT's highest paid CEO to date. More embarassingly, Kuek himself had also claimed in an earlier news report that SMRT had reduced the number of train breakdowns during his time at the helm of the ailing transport giant.
Share

Netizen: Stranger Threatens Me To A Fight, I Asked MRT Staff For Help But He Ignored Me!