I want to relate my horrible encounter with staff from Recruit Express job agency and a gentle warning to all jobseekers about their ethics.

Recently, I have submitted my resume through online job portal for some temp job positions. It stated very clearly that on-the-job training will be provided and no experience is required and I perfectly fit the job requirement.

After sending imy resume out for less than half an hour, I received a call from a person by the name of Ben in response to the position which I have sent in.

He was enthusiastic after seeing my resume and ask me what have I been doing since my last job and I replied him that I was not working for the past 1 year. Immediately, his attitude changed and quickly ended the conversation saying that he will contact me when there is a vacancy. The conversation lasted for only 2 minutes.

After 5 minutes, I called him again to inform that I was applying for the position of medical social assistant as he thought I have sent in for the admin position.

He insisted that the position is taken up already and there is no vacancy. Actually in total, there were 3 advertisements posted for the position of medical social assistant, temp admin and accounts.

All of these positions are posted by the same group of people Benedict and Michelle Lee Ser Min. I was feeling weird about his reply as it seems that how could all the 3 advertisement jobs been taken up so fast and why would he call me if the positions are already taken up.

For curiosity purposely, I called him up the third time and I asked him again whether all the vacancies for medical social assistant, temp admin and accounts have really been taken up.

This time round Ben confirmed and replied firmly again that all these jobs were taken up already and currently there is no vacancy. His reply made me very annoyed because I felt insulted by his discrimination against me and I decided to escalate this matter up.

Now, Michelle Lee and Kylie(Manager) came and attended to my complaint and apologised for the incident.

They also confirmed that all the three advertised jobs are STILL AVAILABLE. That was where I asked them why did Ben insisted that the jobs are all taken up although they are still available.

A few hours later, Kylie investigated and unwillingly informed me that Ben has admitted to bluffing me on the unavailability of the positions but he dare not admit why and said that “he don’t know why he said that to me”.

Kylie assured me that she will forward my complaint to the HR department and there is nothing much she could do except to warn her staff verbally.

The following day, I contacted the HR personnel by the name of Karen Lee and realised that she has not receive anything regarding the complaint.

I got to know from Karen Lee that Kylie wrote in the email to HR department that it was just a mere “tactfulness” issue and Ben should have been more tactful in his words towards candidates in future.

Karen also tried to defend Ben discriminatory action claiming that it was rightful for him to say that because he don’t know whether the jobs are available or not because he is just a temp HR coordinator working as an assistant for the Consultant Michelle Lee.

This is utterly crap because job agencies are actually supposed to get the permission from the jobseekers before sending the resumes over to the employer but Ben did not even bother to explain any details regarding the job and discriminated me as a low quality candidate by not offering to send my resume over to the employers.

As such, I tried to escalate the matter to Karen Lee’s superior Lim Swee Kim since she has failed to address the matter appropriately by defending Ben who is unethically wrong.

I told them that Jobseekers are NOT high or low class prostitutes and they are not pimps running brothels. There is no way why I should be treated with discrimination by the recruitment consultants.

As I tried to escalate the matter to the Director Miss Lim Swee Kim, HR executive Karen Lee and Annabelle from Recruit Express threatened that they have reported me to the police.

For this entire incident, I have all the concrete voice conversation exchange between all the staffs of Recruit Express and myself so there is nothing to be worried about their malicious attempt to downplay the incident.

Due to this bad encounter, I went on to do a research and realised that Recruit Express is already having a very bad reputation in several reviews I found online like those in http://www.glassdoor.com/Reviews/Recruit-Express-Reviews-E321279.htm and Hardwarezone forum etc.

Meanwhile, I have also checked with MOM on this matter and the supervisor there by the name of Alvin Chen Ziyang said it is perfectly fine so long they did not say it directly in writing or verbally and that they are rejecting my application because I didn’t work for a period of time. 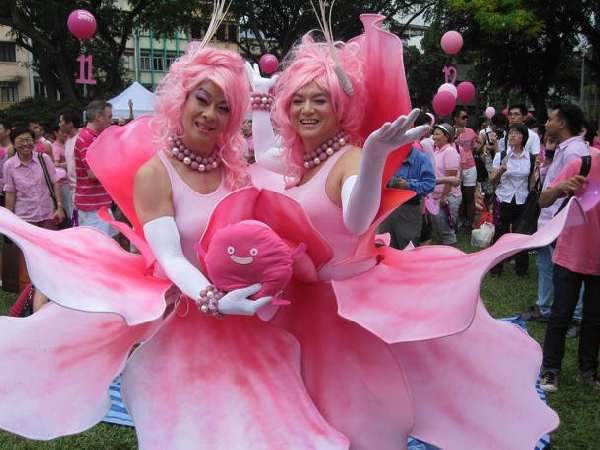