DESPITE HAVING EMPTY BEDS, TTSH MADE MY AILING MOTHER SLEEP IN THE CORRIDOR

On June 1, my mother, who is 73 years old and has dementia, suffered a sudden high fever and had to be taken to Tan Tock Seng Hospital’s accident and emergency (A&E) department.

It was discovered that she had chronic urinary tract infection and needed to be admitted to receive intravenous antibiotics.

As a subsidised patient, she is eligible for a bed in a B2 ward. However, due to a bed crunch, she was placed in the corridor of Ward 10C for four days.

During these four days, besides trying to recover from the infection, she also had to put up with sleeping on an A&E bed, which is narrower and more uncomfortable than a ward bed, a lack of privacy, noise, and more difficulty in getting to a bathroom.

I was told that if there were discharges, she could be placed in one of the rooms.

Thus, I followed up with the nurses every day. I even told them that I did not mind any ward as long as my mother was put in a proper room and bed.

On June 4, I saw that there were two empty beds in Ward 10C. I thought my mother could move into one, but the nurse told me that the beds were reserved for others.

I was flabbergasted and decided to discharge my mother and go to a private hospital, as I did not want her to sleep in the corridor any more.

When I requested the discharge, I was informed that my mother could move into one of the empty beds immediately.

When I asked why my request to move was denied earlier, the nurse said she was not sure, as the bed allocation was done by another department. I asked to speak with the bed management administrator, but was told that I could not.

I urge the hospital to be more transparent and to have clearer communication with patients and their family members on bed allocation matters. 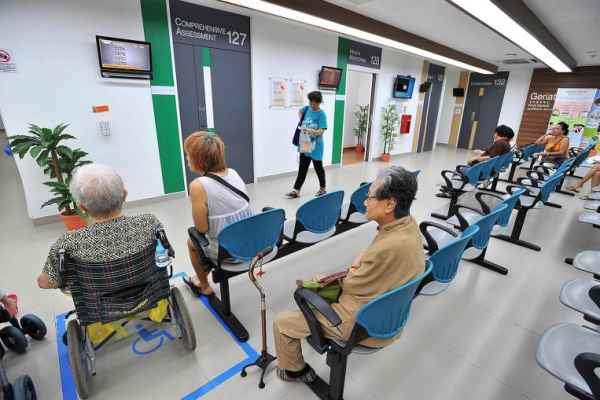