NSP’S KEVRYN LIM IS THE HOTTEST POLITICAL STARLET IN SINGAPORE

Netizens have been sending us questions about the mysterious girl spotted at the National Solidarity Party's (NSP) "Meet & Greet" walkabout, which was held in the evening of 27th May at Serangoon Central. NSP candidates have been working hard and conducting frequent walkabouts in the Marine Parade GRC ward in preparation for upcoming elections.
At first, there seemed to be very little information about the mysterious hottie, who struck a cute figure among the more senior and serious figures in the NSP walkabout team. One particular photo that caught every eligible bachelor's eye was a shot where the young lady struck a "V for Victory" pose while posing gamely for a candid camera photo. The shot was taken by a fellow NSP team member, who later uploaded the pictures to the NSP Facebook.
But the wait is over, it seems. A reader has come forward with information on the young political starlet, who goes by the name Kevryn Lim Tong Zhen.
Kevryn, who currently runs her own event management and digital marketing firm, EM DM, while holding down a position as a Project Manager at WOW Productions, is definitely not your run-of-the-mill political lightweight.
According to her Linkedin profile, she holds a Bachelor's Degree in Mass Communications, Public Relations and Film & TV from the Curtin University of Technology, as well as a Masters in Professional Communication from the same university.
She also participated actively as a student volunteer to help the less fortunate during her studies overseas, and even co-founded the Curtin Student United Way, a youth leadership program that gives its members the chance to make a difference in their communities by building up their communities in the areas of education, income and health.
Kevryn even served as an online radio presenter on Radio Television Hong Kong, making her a mini-celebrity in her own right!
Our reader also informed A.S.S. that Kevryn had worked as a model for a few years. This comes as no surprise, given Kevryn's lithe frame and attractive features.
The reader has generously submitted some photos below of Kevryn during her modelling days, all of which confirm that Kevryn might just be the hottest political star to hit Singapore politics since Nicole Seah.
Take a look, you might be impressed! 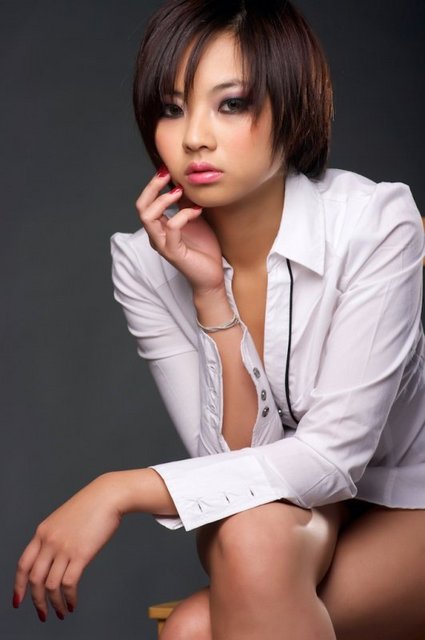 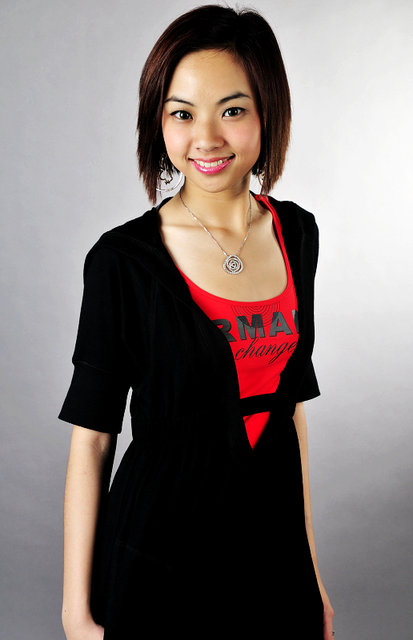 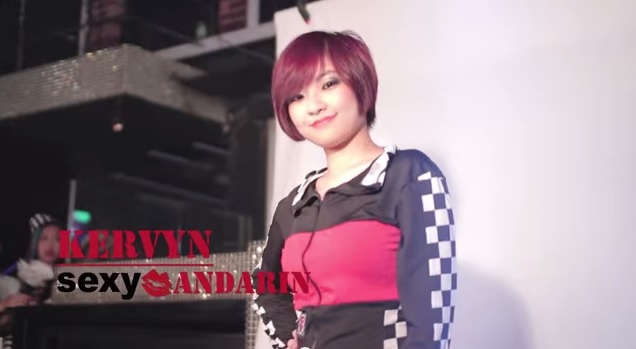