According to the Singapore Police Force, roads near the Singapore Sports Hub and East Coast Park are off-limits to vehicles this weekend (6th and 7th June) because of SEA Games triathlon and marathon events.
East Coast Park Service Road, between carpark E2 and Tanah Merah Flyover, will be closed on the weekend from 8AM to 10.30AM.
Also, the following roads will be closed to vehicular traffic on Sunday at these times: 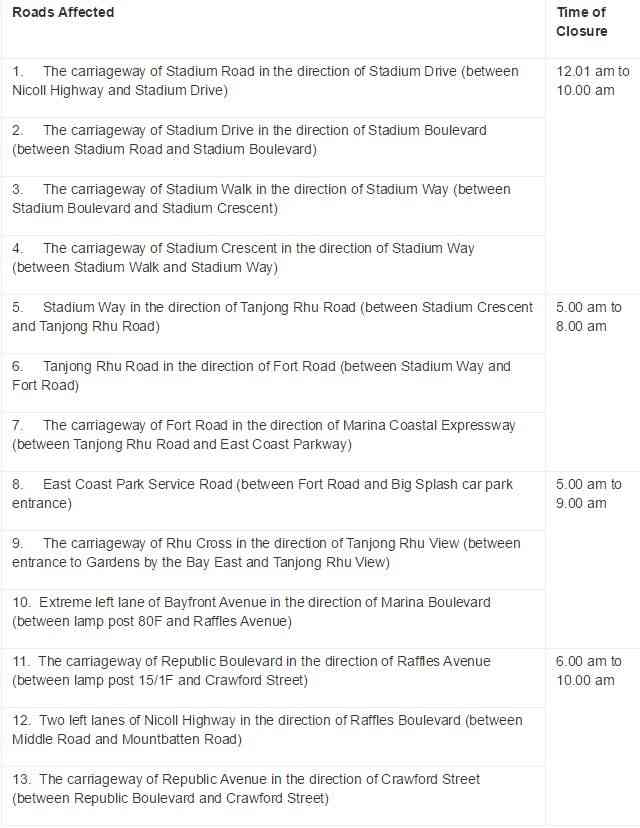 The SPF says that parking enforcements will be strictly carried out along the roads nearby, and vehicles found illegally parked and causing obstruction will be dealt with. Only the police and emergency vehicles will be allowed on those roads.
Share

Jolovan Wham: You Can Delete Stuff From Your Phone Before The Police Takes It!

More Help Needs To Be Given To Caregivers Of Special Needs Children!