The days when the Singapore government could simply tell its citizens anything they wanted and force them to believe that they are telling the truth and are doing things “for their own good” are over, it seems.
Just take this unfortunate CPF video uploaded on the Singapore Government Facebook for example.
See the video here: www.facebook.com/gov.sg/posts/10153249488473686
In the video, the CPF was described as a versatile scheme that grants older Singaporeans with high paying and flexible CPF payouts to live out their golden years.
The video also explained the options for soon-to-be retirees: the default arrangement would be to withdraw a small portion of their CPF in one lump sum, leaving the rest in a retirement account which would issue monthly payouts. Another option would be to avoid withdrawing any CPF money while voluntarily topping up additional money into the retirement account to enjoy higher CPF monthly payouts. A third option would be to deposit all the CPF money into CPF Life, which would allegedly also give higher CPF monthly payouts.
Netizens, who saw through the ruse, have flooded the page with angry comments, demanding that the government return to the people what is rightfully theirs.
Some of the more interesting comments are captured below. 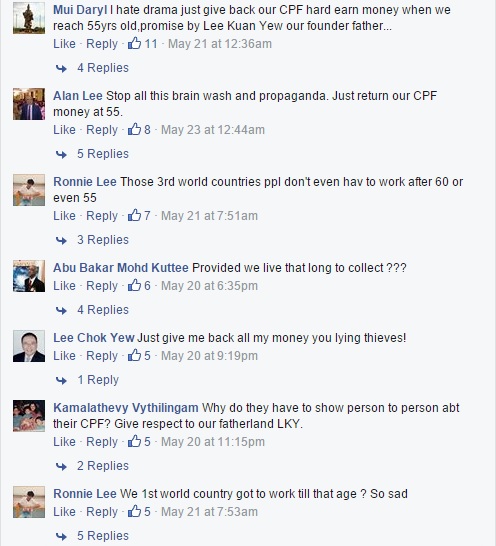 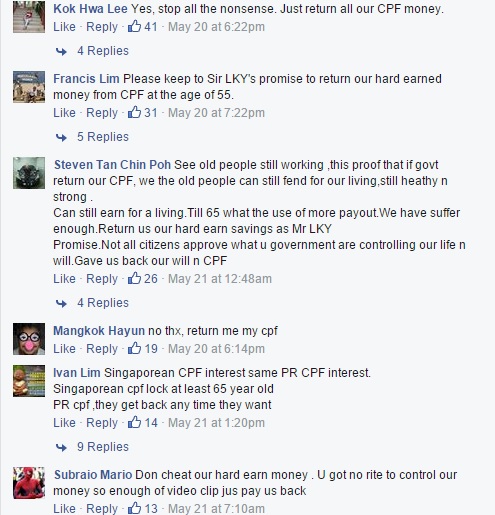 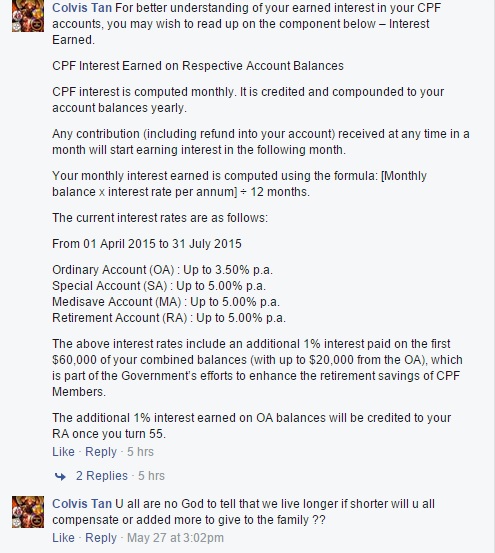