The residents staying at block 533 at Bukit Batok Street 51 have not had a restful night for years, ever since an inconsiderate couple moved in 9 months ago.

Besides waking the neighbors at night with their constant quarrels, which sometimes involve slamming doors, and the loud sounds of furniture being dragged or thrown, the couple have also been heard having sex at unusually loud volumes.

According to one neighbor who lives on the 5th floor, she made her first police report last year in September. She had heard a man verbally abusing his wife in Hokkien vulgarities, loudly demanding his wife perform oral sex on him.

Despite the police report, the neighbor started to hear the sounds of the couple having sex in January and February this year. She recalls hearing the husband shouting at his wife, demanding her to moan louder during sex. Taking his cue, the wife proceeded to do just that.

One other neighbour, Linda, who lives on the 7th floor above the couple, said that sometimes when the couple were quarreling, she would hear the sounds of a baby girl crying.

She said, “They will start shouting, then slamming the doors, and their newborn baby girl will start crying. When this happens, my whole family was woken up in shock. We thought something had happened to the couple downstairs and called the police.”

Both neighbors who spoke to reporters said that they had not heard the baby girl’s cries for a while. According to them, the baby girl’s cries were heard for the first 3 months of her birth, but after 3 months she had suddenly stopped crying. They are worried that the girl may be psychologically affected by her parents’ behavior.

When reporters approached the couple, the husband simply denied all his neighbor’s accusations. He denies being a trouble maker, but declined to comment any further. His wife refused to speak to reporters. 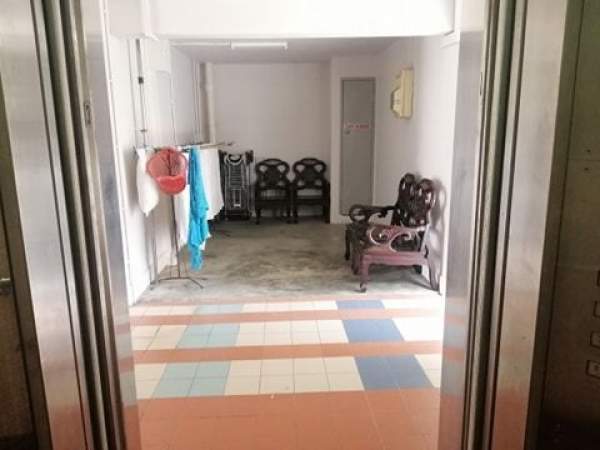